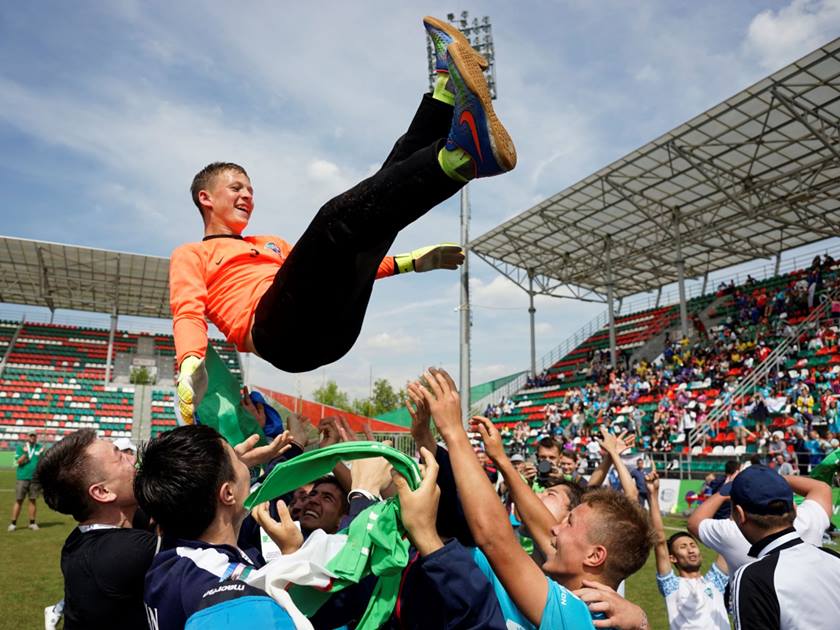 Doha, 8 September 2022 - Young football teams from around the globe representing some of the worlds most vulnerable children will gather in Qatar next month to participate in a sporting tournament with a call for change the fourth edition of the Street Child World Cup, in partnership with Qatar Foundation.
The sport-for-good event will combine a 25-country, 28-team football tournament, a festival of art, and a child-friendly congress to champion resilient young people who face significant adversity living in street situations. It will be a platform for children to put forward their demands for a more equal and fair existence.
Taking place at Qatar Foundations (QF) Education City from October 8-15, the Street Child World Cup will feature 15 boys teams and 13 girls teams, with 10 of the teams being represented by refugee or displaced children.
"The Street Child World Cup was created to give street-connected children a voice to tell the world I am somebody," said John Wroe, co-founder and CEO of Street Child United, the UK charity that uses the power of sport, and particularly international sports events, to change negative perceptions and treatment of street-connected children, and which organizes the Street Child World Cup.
"The UN estimates there to be over 100 million children living on the streets worldwide. These are children without any formal identification; without legal rights; without access to education; and without access to healthcare. The Street Child World Cup aims to change this.
"By having the worlds attention on Qatar ahead of the FIFA World Cup Qatar 2022, we can demonstrate the power of football for social good; helping to educate and raise awareness of these childrens circumstances. Together we can create necessary change so that no child, anywhere, is living or sleeping on the streets." The football component of the event will be delivered in a similar format to that of the FIFA World Cup, with an official draw on October 8 where the teams will be presented with their kits for the tournament. Following training sessions, the group stages kick off on Tuesday, October 11, culminating in the finals on Saturday, October 15. The competition will be hosted at Oxygen Park in Education City, and is open to the public to come and support the teams.