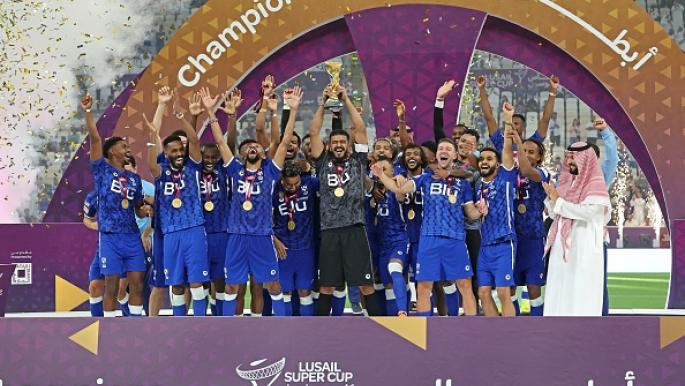 Doha, 10 September 2022- The Lusail Super Cup left fans on the edge of their seats as Al-Hilal led their country to victory in a 4-1 penalty shootout, triumphing Egypts Zamalek.
A fast-paced match made both teams restless, leaving the game up to grabs in penalties. Al-Hilals men scored each of their shots effortlessly to secure the win.
Qatars remarkable Lusail Stadium hosted 77,575 fans to witness the Saudi champions Al Hilal take on the Egyptian giants.
Al-Hilals Odion Ighalo put his team ahead as he chipped the ball over Egypts keeper in the 18th minute.
Motivated by the cheers of the Saudis, Al-Hilals men played tough defense until an equalizer was ignited by Egypts Ahmed Sayed.
Nicknamed Zizo, the Egyptian midfielders goal brought thousands of fans to their feet, jostling the stadium.
The match went scoreless for the rest of the half as both teams competed to strike a goal.
Al-Hilal will be awarded USD1.5m and Qatars Super Cup Trophy, while Zamaleks squad left the pitch with USD 1 million.
The game between the Saudi Pro League champions and Egyptian Premier League winners is the first match to be held at the stadium, which will host the World Cup 2022 final.
Last month, a Qatar Star League fixture was the first competitive game to be held in the venue which was attended by 20,000 people.
The stadium will host a total of 10 matches during the World Cup where Qatar is hoping to attract more than one million visitors.