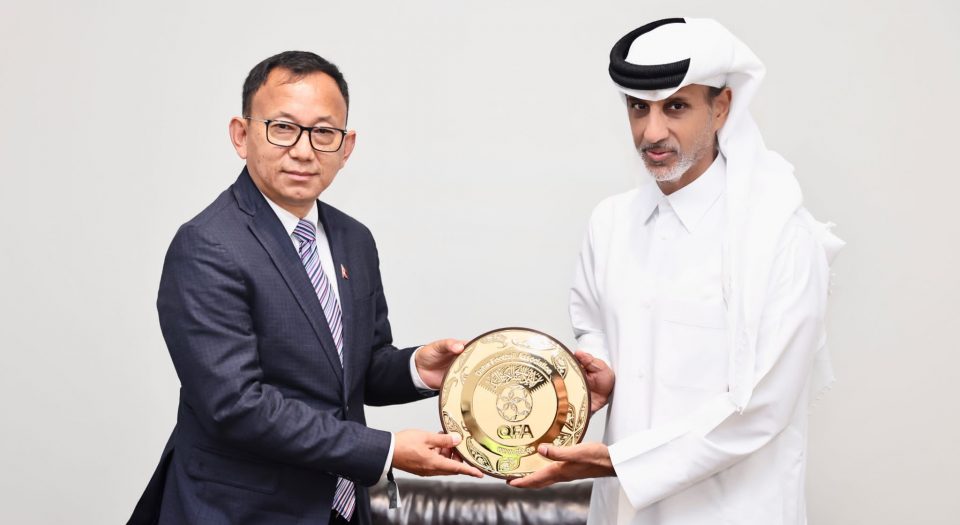 Doha, September 10 (QNA) - HE President of the Qatar Football Association (QFA) Sheikh Hamad bin Khalifa bin Ahmed Al-Thani met with President of All Nepal Football Association (ANFA) Pankaj Bikram Nembang on the sidelines of the attendance of the ANFA President at the Super Lusail Cup match, which brought together Saudi Al-Hilal and Egyptian Zamalek, champions of the league in both Saudi Arabia and Egypt, where Al-Hilal was crowned at Lusail Stadium.
During the meeting, they discussed issues of common interest, ways to activate them between the two sides, and means to strengthen the bonds of cooperation between the two parties to serve football organizations in each of the two friendly countries.