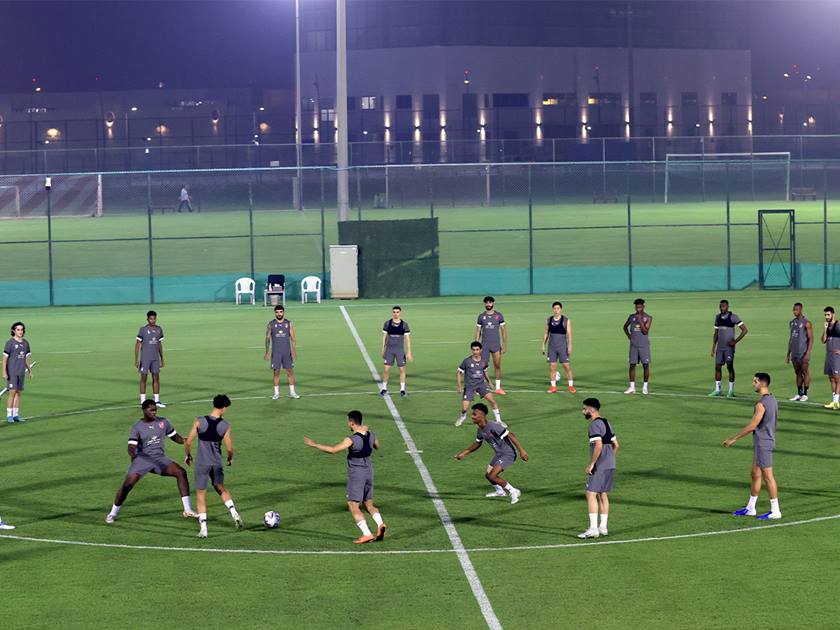 Al Duhail face Al Sailiya in Week 7 of the 2022-2023 season QNB Stars League at the Al Duhail Stadium on Tuesday.

Both teams are going into the match in contrasting fashion. While Al Duhail convincingly defeated Qatar SC 3-0, Al Sailiya lost to leaders Al Arabi by a 1-5 margin in Week 6.

The victory saw Al Duhail, coached by former Argentinian great Hernan Crespo, climb one place to second in the table with 13 points (four victories, one draw and a defeat). The Red Knights have a goal difference of +6 (12 goals for and six against).

Al Sailiya badly need points at this stage before the league takes a long break after the seventh round. The Peregrines have only one victory this season so far to show for their efforts.

Al Sailiya, under the tutelage of Tunisian Sami Trabelsi, are in the 11th place with three points (one win and five defeats) and have a goal difference of -5 (four goals for and nine against).

Al Sailiya will certainly want to avoid the situation they were in last season when they retained their place in the QNB Stars League by winning the Relegation Play-Off.

The match is of special importance to both teams in different ways, before the league takes a long break.

Umm Salal, coached by former Qatar international midfielder Wesam Rizik, are in lowly 10th place with six points (one victory, three draws and two defeats). The Orange Fortress have a goal difference of -4 (four goals for and eight against).

Umm Salal, who played out a 2-2 draw with Al Gharafa in Week 6, will definitely seek their second victory.

On the other hand, Al Arabi would want to go into the break as table toppers. The Dream Team now have 15 points, two more than second-placed Al Duhail.

Al Arabi have registered five victories and one defeat. They have a goal difference of +7 (12 goals for and five against). The only reversal they suffered was at the hands of Al Duhail in Week 5 when they lost by a 0-3 margin.

However, Al Arabi overcame that setback in no time and beat Al Sailiya 5-1 in the last round.

The technical face-off on the sidelines is the sub-plot of this match, as Wesams Al Arabi counterpart Younes Ali is a former Qatar international midfielder too.

The match is sure to generate excitement, given that both teams are in good form and have the desire to move up the table.

Al Gharafa, who drew 2-2 with Umm Salal in Week 6, are placed fourth with nine points (two victories, three draws and one defeat). The Cheetahs goal difference is +1 (11 goals for and 10 against).

Italian Andrea Stramaccioni-coached Al Gharafa are on same number of points with Al Ahli and Al Shamal, but are placed ahead of both of them on goal difference.

On the other hand, Al Markhiya, under the guidance of Qatari coach Abdullah Mubarak, are in seventh position with eight points (two victories, draws and defeats each). The Oryx have a goal difference of -1 (seven goals for and eight against).

Al Markhiya, who shocked reigning champions Al Sadd in the opening round, put it across Al Rayyan 2-1 in Week 6.

On Wednesday, Al Shamal face Al Ahli in Week 7 of the 2022-2023 season QNB Stars League at the Al Sadd Stadium.

The match is of special importance to both teams in different ways, before the league takes a long break.

The match therefore assumes vital importance for both sides and a win and the valuable three points could help them stay in the top four before the league takes a long break ahead of the forthcoming FIFA World Cup Qatar 2022.

Al Ahli won two matches, drew three and lost one, and are aiming to get back to winning ways following hard-fought draws in their last two games – 3-3 against Al Gharafa in Week 5 and 2-2 against Al Wakrah in Week 6.

Al Ahli coach Nebojsa Jovovic is looking for solutions to tighten his team's defence, more so after they conceded goals after being 3-1 against Al Gharafa and 2-0 against Al Wakrah.

Their rivals Al Shamal have a strong attack with the presence of Amjad Atwan and Yacine Bammou.

Al Shamal have won three matches and lost as many with their last win coming against Al Sadd (2-1) in Week 6 which has provided them a morale boost and they would surely come hard against Al Ahli.

Given the scenario, the match is sure to produce some electric moments for the fans, with both teams fighting for a win and pushing hard for a place in the top four in the standings.

The contest is expected to be an absorbing affair just ahead of the league taking a break as Qatar heads towards hosting the FIFA World Cup 2022.

Al Wakrah, currently third in the standings with 12 points from three wins and as many draws, challenge defending champions Al Sadd who have managed only two wins thus far and have seven points to their credit. The Wolves are affected by the absence of many of their star players preparing with the national team.

Interestingly, Al Wakrah, who began the league on a strong note, have been held to draws in their last two games by Al Markhiya (0-0) and Al Ahli (2-2) and have scored a total of 14 goals so far and conceded five.

Al Sadd are eighth in the table having suffered three defeats and scoring a draw besides their two wins. The Wolves have struck a total of 11 goals and conceded 12.

This clash therefore provides a big chance for either of the teams to bounce back and strengthen their positions. Both teams have traditionally witnessed exciting matches and are capable of producing a strong challenge.

Al Wakrah have been excelling with their stars in Mohamed Benyettou and Jacinto Dala, backed by their reliable goalkeeper Saoud Al Khater.

Al Sadd, under Spanish coach Juan Manuel Lillo 'Juanma', will be strengthened by the return of Rodrigo Tabata following a two-game suspension after he was expelled in the fourth-round match against Al Gharafa.

In what would be a difficult and challenging contest, both teams will aim to clinch a win. While Al Rayyan are still seeking their first win of the league this season, Qatar SC are looking to bounce back after their 0-3 loss to Al Duhail in the last round.

Qatar SC, with seven points, occupy the ninth place, while Al Rayyan are placed last with only one point.

Given the scenario, the match would be a fiery clash by all standards with the two sides aiming to climb back up the table. Al Rayyan in particular will be seeking to make amends having suffered five reversals in the last six weeks.

On the other hand, Qatar SC have notched up two wins and would want to strengthen their position. The three points from a win therefore are very valuable.

Qatar SC coach Yousef Safri has reassured his players during their last training session and the team will collectively aim at correcting the mistakes they made in the defeat against Al Duhail.

Al Rayyan coach Nicolas Cordova meanwhile will try hard to get his team out of the big struggle by achieving their first win of this season.

The contests between these two teams have been strong and exciting, and it is difficult to pick one team over the other.