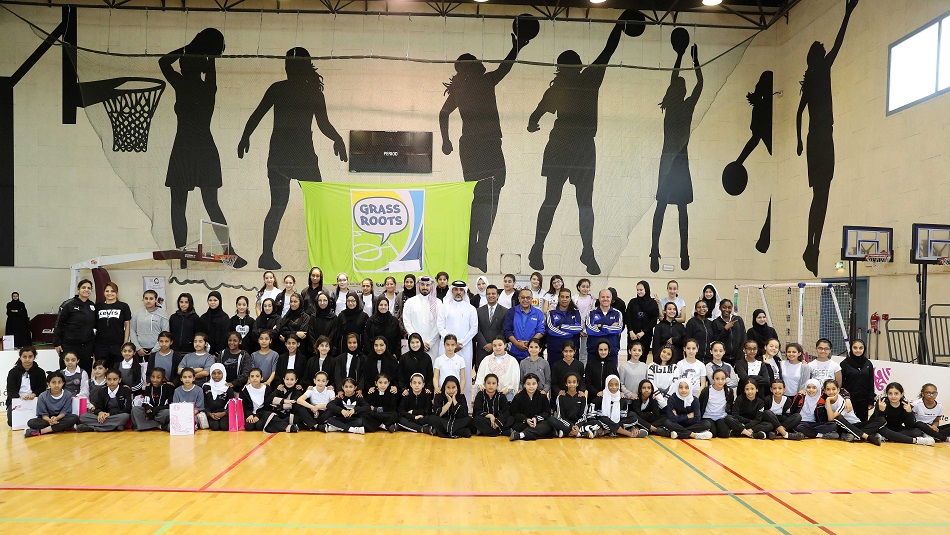 Doha, 1 May 2019 - The Qatar Women's Sports Committee (QWSC) organized the Grassroots Festival to discover the talented players at its headquarters on Tuesday.

The festival was organized in cooperation with the Qatar Football Association and featured the participation of nearly 90 female students under the age of 14 representing 6 primary schools: Al-Rifaa, Al-Shifa, Juwairiya, Mesaieed, Taiba and Umm Salal Muhammad Primary Schools.

The festival, in its fourth edition in Qatar, was organized under the theme of "For the Game. For the World".

Assistant Secretary of the Women's Sports Committee Maha al Abdul Jabbar praised the great attendance of the students at the festival yesterday, which indicates its success, prompting us to organize more such events in the future, stressing that the goal of the festival is to select football talents from public and private schools and raise the level of women players in football and motivate them to practice football, as well as the education of a specialist in football with high skills and technical capabilities, aided with special Qatari football federations.