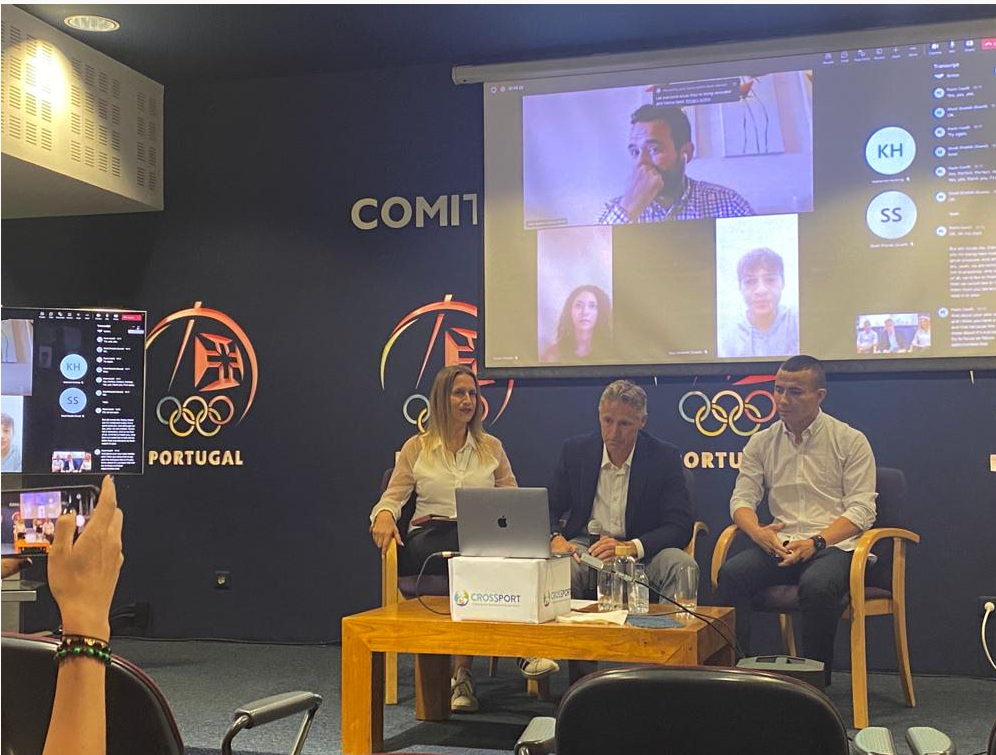 Lisbon, 2 October 2022 - Recognising the need to tackle the challenges posed by refugee flows affecting Europe at large, the International Centre for Sport Security (ICSS) EUROPE - a non-profit entity established under the umbrella of the Doha-based International Centre for Sport Security (ICSS)- joined forces with the International Olympic Truce Centre (IOTC), Spanish Fundación Sevilla Fútbol Club, and Italy’s Fondazione Lazio 1900 in a collaborative partnership under the EU ERASMUS+ sport program to launch the project “Crossing the Boundaries through Sport (CrosSport)”.

ICSS EUROPE will coordinate its first-ever EU project within the framework of Save the Dream initiative established by the ICSS with the support of Ooredoo as Technology Partner, becoming a global movement that aims to promote and protect the values and integrity of sport.

The CrosSport project’s official launch took place during a project kick-off session held during the European Week of Sport in Lisbon, hosted by the National Olympic Committee of Portugal.

The project kick-off session brought together project partners along with relevant international and national institutions such as the International Organization for Migration and the Portuguese Institute for Sport and Youth, and a “refugees-led sharing talk”, which gathers four testimonies representing the refugee’s communities identified by project partners.

The project comes in response to today’s current and dramatic events stressing, more than ever, the need to adopt innovative measures and CrosSport’s pioneering approach aimed at exploring new avenues for reception, inclusion and integration of refugees in our societies by using the power of sport.

The project’s main deliverables during the 24 months’ implementation of CrosSport are:

‘When we presented our project proposal to the European Union, the world, Europe in particular, was looking very different.We were focusing mainly on refugees flows from the Middle-East and North Africa towards Europe. Today’s 7.5 million refugee from Ukraine, out of them mainly women children, were still sitting in their homes, safely.

But the power of sport remains the same and, jointly with our partners, Sevilla FC and Lazio SS foundations, IOTC, the European Union and hopefully many others, we are determined to make the best possible use of it to alleviate the despair and the suffering refugees are exposed to. This is what the CrosSport project, “Crossing the Boundaries through Sport”aims to achieve”, underlined Massimiliano Montanari, CEO of ICSS and Save the Dream.

“Sport plays an indisputable role to build bridges between communities, inspiring people and decision makers to overcome physical and cultural boundaries to foster social integration of refugees and ethnic minorities.

I believe CrosSport will deliver a comprehensive programme to build capacity of those engaged in this paramount challenge”, commented João Paulo Almeida Diretor, Geral, National Olympic Committee of Portugal.