Congress of AIPS Activities Kick Off in Rome 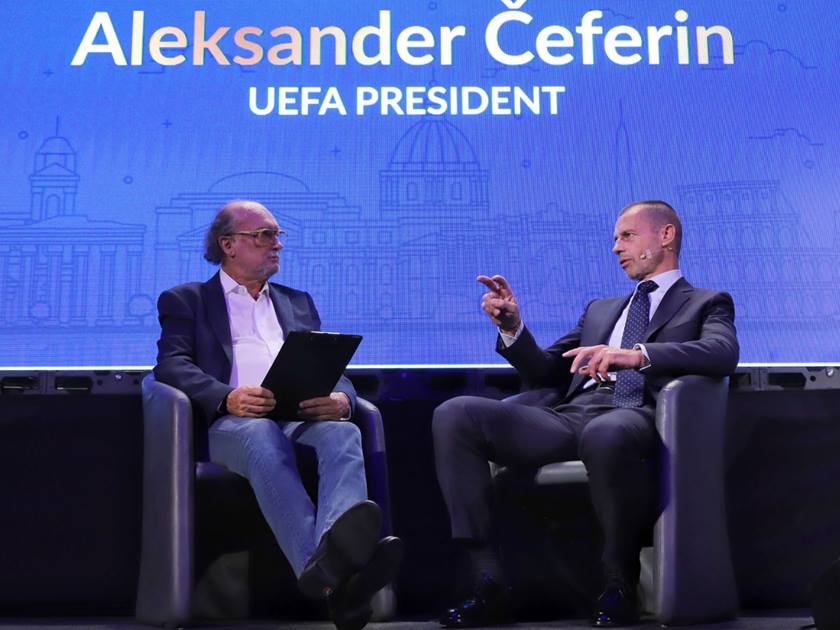 Rome, 4 October 2022 - The 84th International Sports Press Association (AIPS) Congress started in Rome, Italy, with the participation of the delegation of the Qatar Sports Media Committee.
The agenda of the current Congress is witnessing a lot of work related to the international sports press, at the forefront of which are the elections of the executive office, and the elections of the continental federations, including the continent of Asia. Meetings are held over three days during which delegates, observers and guests will discuss issues related to sports journalism.
The Congress activities begun with a meeting of the members of the Executive Committee of the AIPS followed by the meeting of journalists with the President of the European Football Association UEFA, Aleksander Ceferin, under the supervision of the President of the International Federation of Sports Press, Gianni Merlo.
The Congress discusses a number of topics on its agenda, including the International Federation of Sports Press Awards in its latest edition hosted by the State of Qatar at the Khalifa World Cup Stadium in Doha. The Congress will also highlight the Young Correspondents Program, which is one of the main initiatives of the Federation since 2011, while more than 200 young journalists from all over the world participated in it.
This is the first meeting since the start of the COVID-19 pandemic, after the 83rd Congress meeting, which was held in the Hungarian capital Budapest in 2020.