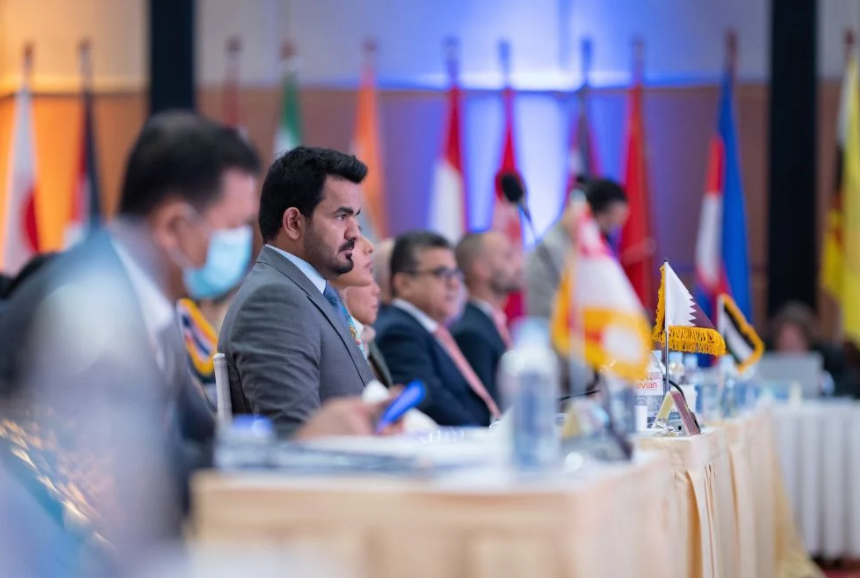 During the meetings, the QOC announced Project Legacy of the Doha 2030 Asian Games which will ensure pre-Games benefits for all Asian National Olympic Committees (NOCs).

Project Legacy is made possible by Doha already having all the infrastructure in place to host a world-class Asian Games in 2030 across 54 sports and disciplines in 39 state-of-the-art venues. Doha 2030’s innovative and unique legacy project will be open to all of Asia’s NOCs, ensuring targeted assistance across various areas such as athlete development, training for NOC personnel and equipment provision.

“We promised that the Doha 2030 legacy would begin in 2021 and it has. Even before the formal launch of our pre-Games legacy project, we have supported Asian athletes through Tokyo 2020 preparations, athlete rehabilitation and many other programmes. Now, following collaboration with the OCA, we have announced Doha 2030’s Project Legacy.”

“We have been working with the OCA to ensure that Doha 2030 benefits all of Asia’s NOCs and its athletes. Qatar is committed to ensuring that not only Team Qatar excels, but all of Asia’s athletes excel as well. That process has already begun and is already bearing fruit.”

Project Legacy will be overseen by a Legacy Committee, chaired by QOC President H.E. Sheikh Joaan bin Hamad Al Thani and an Executive Board which comprises a team represented by the OCA, the Local Organizing Committee, in addition to other stakeholders.

“It will also contribute to sustainable athlete development pathways and enhanced athlete performance. So that come 2030, every NOC has the chance to send their strongest team and achieve their best results at an Asian Games.”

“We can reassure Asian NOCs that we are delivering on the promises we made to you. And we will continue to do so over the next eight years to bring you and your athletes lasting benefits and guarantee a world-class Asian Games.”

Each Division that forms part of the Legacy Committee will provide an assessment and evaluation of each NOC application. To ensure transparency and no overlap with any OCA project, an independent Technical Evaluation Committee of OCA representatives will lead the approval process. Once an application is approved, it will be transferred to the responsible Division for implementation, coordination and follow up.