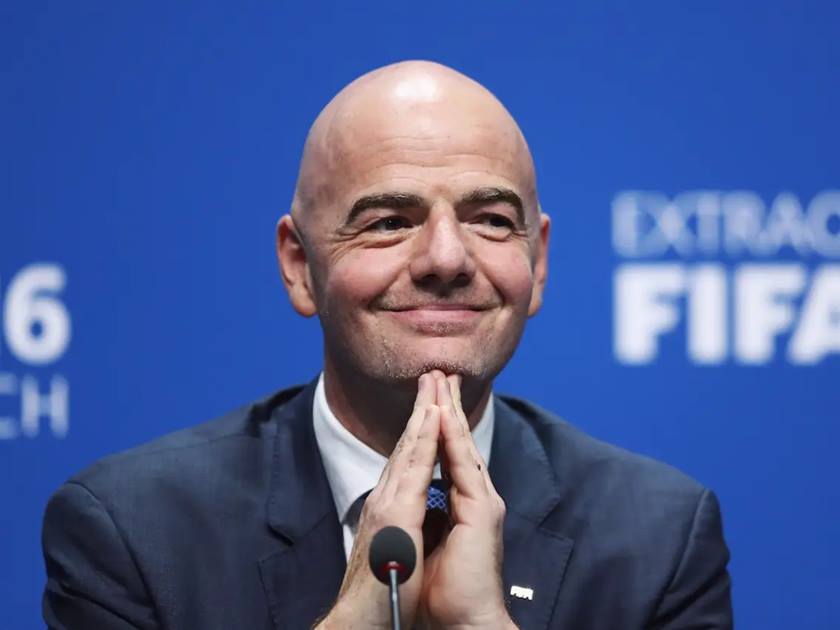 Doha, 5 October 2022 - FIFA President Gianni Infantino expressed his happiness with the organizing of the 8th Aspire Academy Global Summit 2022 Football Performance and Science, which was held in cooperation between FIFA and Aspire Academy, coinciding with less than 50 days to the start of the FIFA World Cup Qatar 2022, and with the participation of representatives of the 32 World Cup qualified teams.
In a brief speech delivered before the start Star Chat event during the Aspire Academy Global Summit, which was concluded today, FIFA President praised the exchange of information and football development ideas during the summit. He stressed that this work makes the followers, football fans, and those responsible for the game feel confident and optimistic about the pace at which the process of developing the skills of young players and coaches' experiences is going through thoughtful means.
For his part, the English football star David Beckham stressed the legacy that Aspire Academy presents to the world through its Global Summit, which contributes to the consolidation of culture of football and inspires the power of this game as a tool to unite peoples of the world.
During the Star Chat event, the former English team player said that the legacy of Qatar after hosting the FIFA World Cup Qatar 2022 is embodied through institutions like Aspire Academy, whose existence confirms that there are well-thought-out plans for the future to benefit from facilities and stadiums after the World Cup. He considered that this legacy represents an inspiration to future generations to invest in shaping players and investing in their health, which is not only positively reflected on Qatar, but also on future generations of players in the entire region.
Beckham advised the Qatar team players to enjoy the moment while they play their first World Cup as playing in World Cup is the top of any player's ambition, adding that Qatar's team is promising and the majority of its players are Aspire Academy graduates. He stressed that the World Cup is a source of pride for the entire Arab region and the Middle East and represents an opportunity to inspire future generations of fans where the importance of the World Cup lies.
Meanwhile, Chief Sports Officer of Aspire Academy Tim Cahill stressed the 8th edition of Aspire Academy Global Summit 2022 Football Performance and Science has been of a great interest to great names of keynote speakers such as the FIFA's Chief of Global Football Development Arsene Wenger, the Argentinian Star Juan Sebastian Veron, and other prominent figures in the world of football.