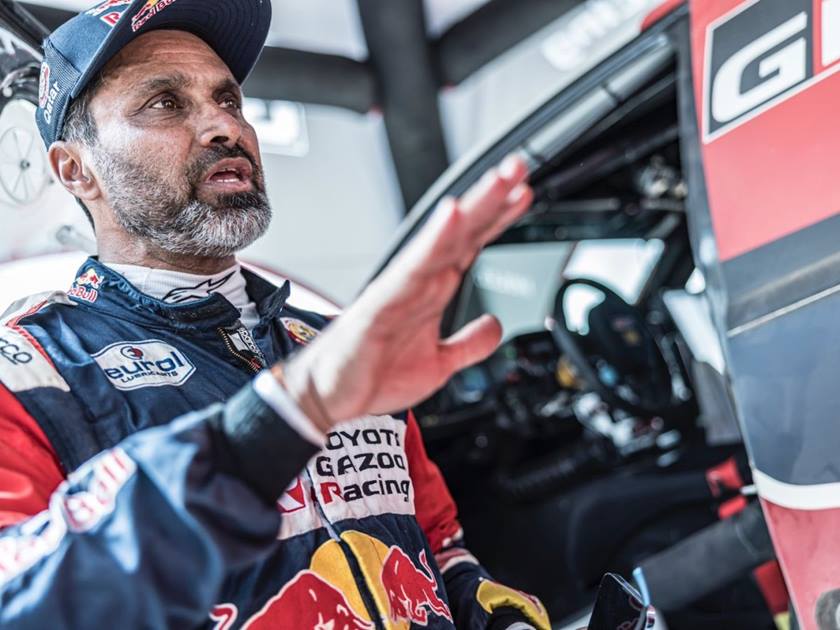 Rabat, 7 October 2022 - Qatar’s Nasser al-Attiyah is the new World Rally-Raid Championship (W2RC) leader after finishing third overall at the Rallye Du Maroc. The three-time Dakar winner and his co-driver Mathieu Baumel were just over 29 minutes adrift of winner Guerlain Chicherit, who took his Prodriver Hunter to a milestone victory in the 4th round of FIA World Cup for Cross Country Bajas.
Al-Attiyah has a 22-point lead over Loeb with just one more round to go – the Andalucia Rally in ten days time. At the wheel of his Toyota GR DKR Hilux, al-Attiyah teamed up with Baumel to win the qualifying stage and the third of five desert selective sections. A series of four punctures cost the Qatari dearly on the second stage and he climbed back from seventh position to finish third.
Chicherit, partnering fellow-Frenchman Alex Winocq, extended his overnight lead to reach the finish in Agadir with a 10 mins 55 secs margin over Orlando Terranova and Alex Haro in their BRX Prodrive Hunter.
Chicherit said: “I felt really confident in the car during the test. It fits really well with my driving style. My confidence grew, kilometre by kilometre, in the rally. It’s amazing what the team has done, to build a car from scratch and two years later for it to be performing like this. I also have to say a huge thanks to Alex (co-driver Alex Winocq) for doing a huge job.”
After being forced to retire from the penultimate leg with steering problems, Bahrain Raid Xtreme's Sebastien Loeb produced the perfect response alongside co-driver Fabian Lurquin, setting the fastest time on the final leg to keep his W2RC title hopes alive.
Loeb had been firmly on course to extend his lead in the W2RC when he started the previous day’s stage, lying third overall, with a lead of almost 23 minutes over al-Attiyah.
But 127 km into the stage he was halted by steering problems, which eventually forced his retirement for the day, with the BRX team working through the night to put the Prodrive Hunter back in action yesterday.
Loeb said: “It’s great to take some points today with another stage victory. We achieved what we could. Looking forward, we will continue to push hard on the next rally in Andalucia. Of course, it wasn’t quite the rally we wanted after losing some points, but that’s motorsport. What we have found are places where we can improve before the Dakar, as we’re always developing and progressing.”