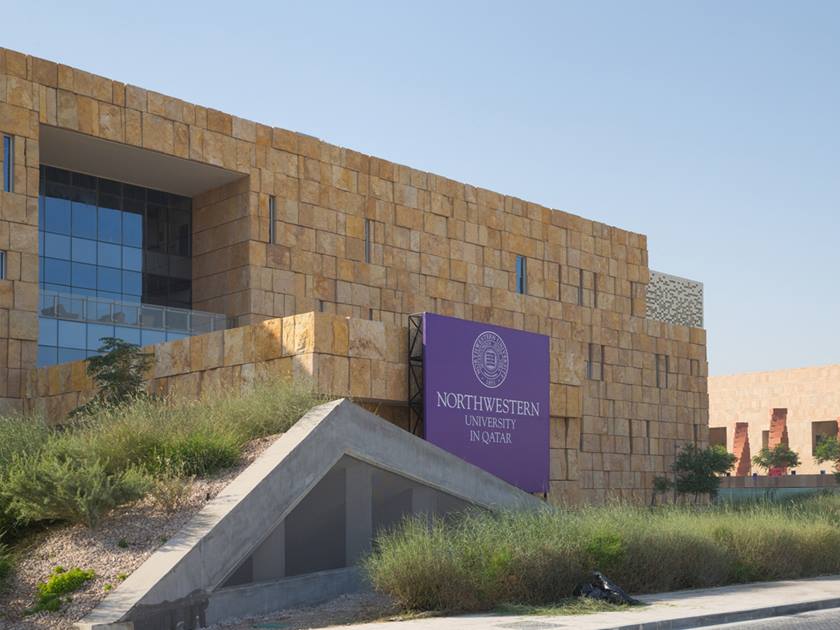 Doha, 20 October 2022 - Northwestern University in Qatar, one of the partner universities of the Qatar Foundation for Education, Science and Community Development, organized a conference on international sports journalism and the interrelationship between football and journalism in the Global South, with the participation of international journalists, documentary filmmakers, writers and radio hosts from South America, the Middle East, Africa and Asia, and faculty members at Northwestern University in Qatar.

The sessions of the conference, which were held under the title of "Sports Journalism & The 2022 World Cup: Views from the South". Over the course of four-panel discussions, they examined how business, culture, and politics have shaped contemporary conversations about football in the Global South, both on and off the pitch.

The conference opened with a panel discussion on football as a global industry and its effect on the Global South, followed by another session on he use of football as a site for political expression and the ways it has enabled solidarities in the Global South, while the third panel discussion dealt with the between football and Latin American literature and journalism, panelists discussed how poetry, chronicles, and oral histories employed football to mediate North-South power relations in post-colonial South America, and the conference concluded with a panel discussion on the politics, coverage, and legacy of the 2022 World Cup in Qatar.