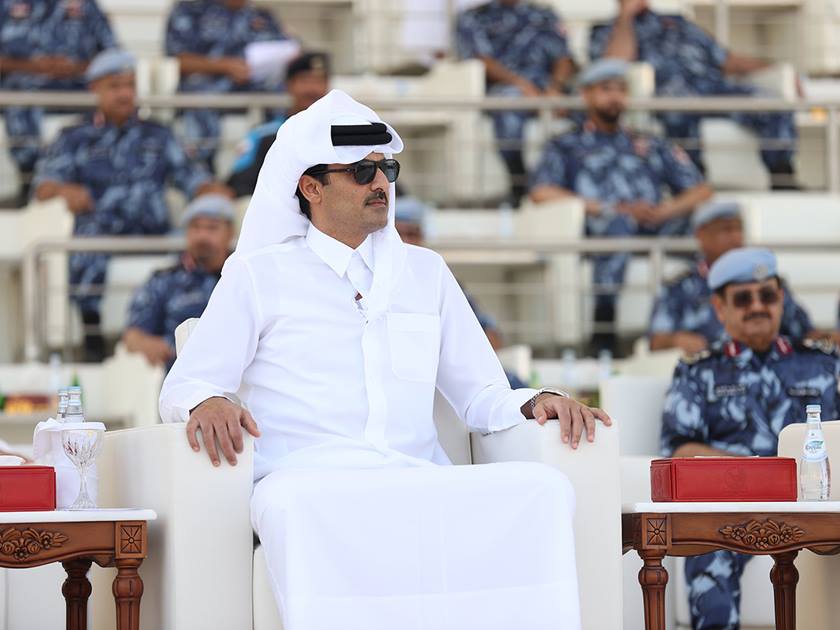 At the beginning of the visit, His Highness unveiled the building's plaque, listened to a briefing on the building units, its various facilities, and modern facilities.

His Highness also witnessed a demo for the readiness of FIFA World Cup Qatar 2022 security force. His Highness also visited the shooting-range, the multi-service building, and medical services building.

Following that, HH the Amir gave the signal for the start of "Watan" exercise which is organized with the participation of all military, civil, and organizational authorities along with forces from a number of friendly and fraternal countries.

The exercise comes within the framework of preparations for the FIFA World Cup Qatar 2022. His Highness was briefed on a part of the joint military exercises between the military, security, and organizational authorities. His Highness was also briefed on the security procedures during the tournament to stand on the effectiveness of the cooperation mechanism between all the participating authorities and to measure the readiness to guarantee the highest levels of security and organizational success during the hosting of the tournament.

HH the Amir watched a presentation of the major scenarios that will be dealt with during the exercise. His Highness was also briefed on the preparations that precede the field exercise and the role of concerned authorities as they carry their tasks during the hosting of global sports events to stand on the response to emergent incidents, and to activate the command and control mechanism.