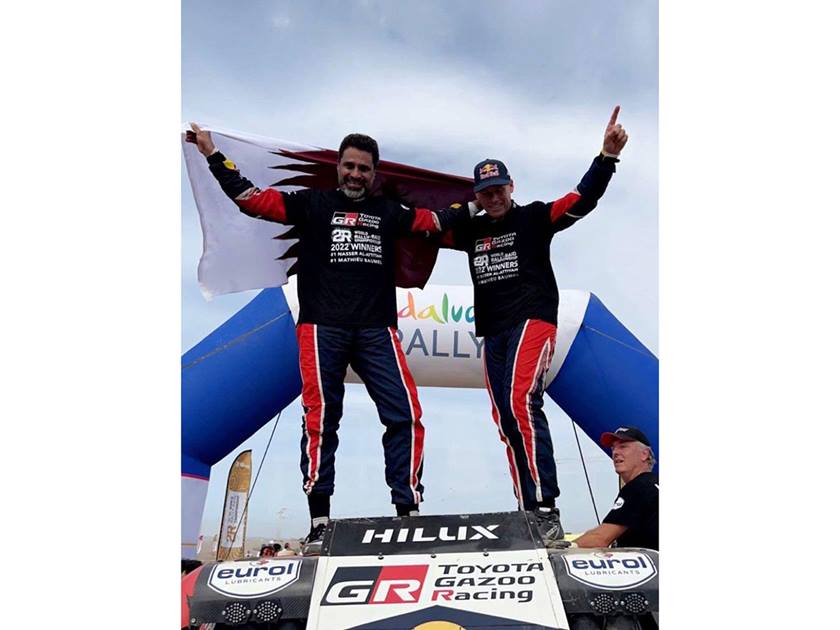 The Qatari driver and French co-driver Mathieu Baumel guided their Toyota GR DKR Hilux to the runner-up spot on the demanding event that used a multitude of varied tracks and trails across three provinces in southern Spain. They finished just six seconds behind title rival and nine-time WRC champion Sebastien Loeb and his Belgian co-driver Fabian Lurquin.

When inclement weather conditions forced race officials to cancel the second stage through the Malaga region on Friday, the decision was taken to only award half points for the Andalucian event and that made it virtually impossible for Loeb to catch the Qatari. Nevertheless, Al Attiyah overcame a couple of punctures on Saturday and won the short final stage by 22 seconds.

“This is a fantastic result for us to cap a memorable season,” said Al Attiyah. “It was not easy and we had a fantastic fight all weekend with Loeb. But we have won the title for the first time and that was goal at the start of the programme.”