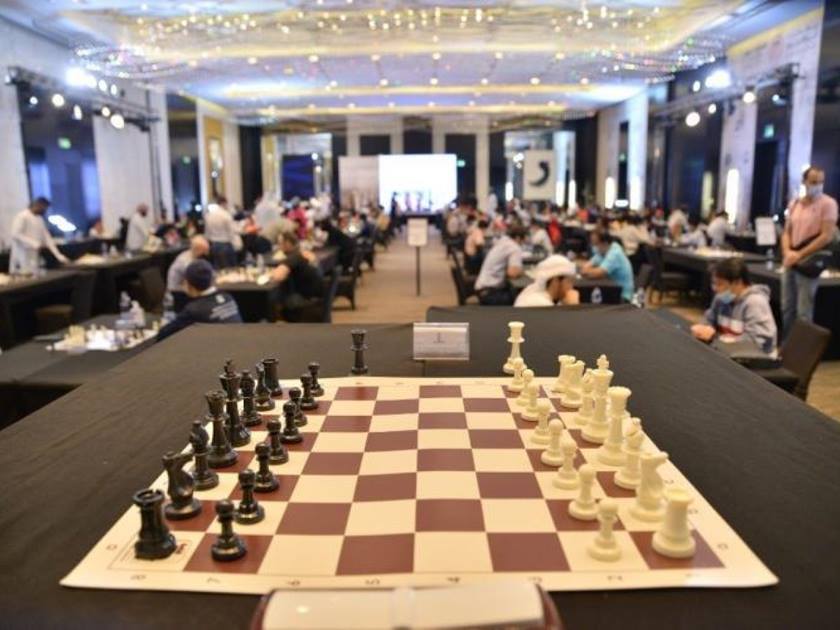 Doha, 24 October 2022 - The 6th International Open Chess Championship, organized by Qatar Chess Association (QCA), concluded with the participation of 66 male and female chess players.
The Egyptian player Badr Mahmoud won the title after a strong competition that extended until the ninth round. Filipino player Ryan Mendoza came in second place, while the Indian Mohamed Sadiq came third.
During the coronation ceremony, Rayan Irfan won the best male Qatari player award, Salama Al Khulaif won the best female Qatari player, and Khaled Al Jamaat was awarded as the best U-12 player.
Under the name " Abdullah Abdulghani & Brothers," the tournament was held according to the classic chess system of nine rounds for all players whose international rating is less than "2200 points".
The tournament rounds witnessed strong competition from all players as they raced to improve their ranking through this international tournament.
QCA President, Mohammed Al Madhahka, expressed happiness with the atmosphere in the tournament, pointing out that it constituted an important opportunity for all participants, especially as it is among the internationally ranked tournaments.
Al Madhahka valued the continuous cooperation with the "Abdullah Abdulghani & Brothers" company that supports QCA activities and championships, pointing out that the tournament is held under the umbrella of the International Chess Federation (FIDE) and has given an opportunity for about 60 players to obtain an international classification in the past years.
The International Open Chess Championship is one of the most prominent tournaments on the QCA agenda.