Qatar Airways, FIFA Mark 20 Days to Go at the Worlds Best Airport, Ahead of the FIFA World Cup Qatar 2022 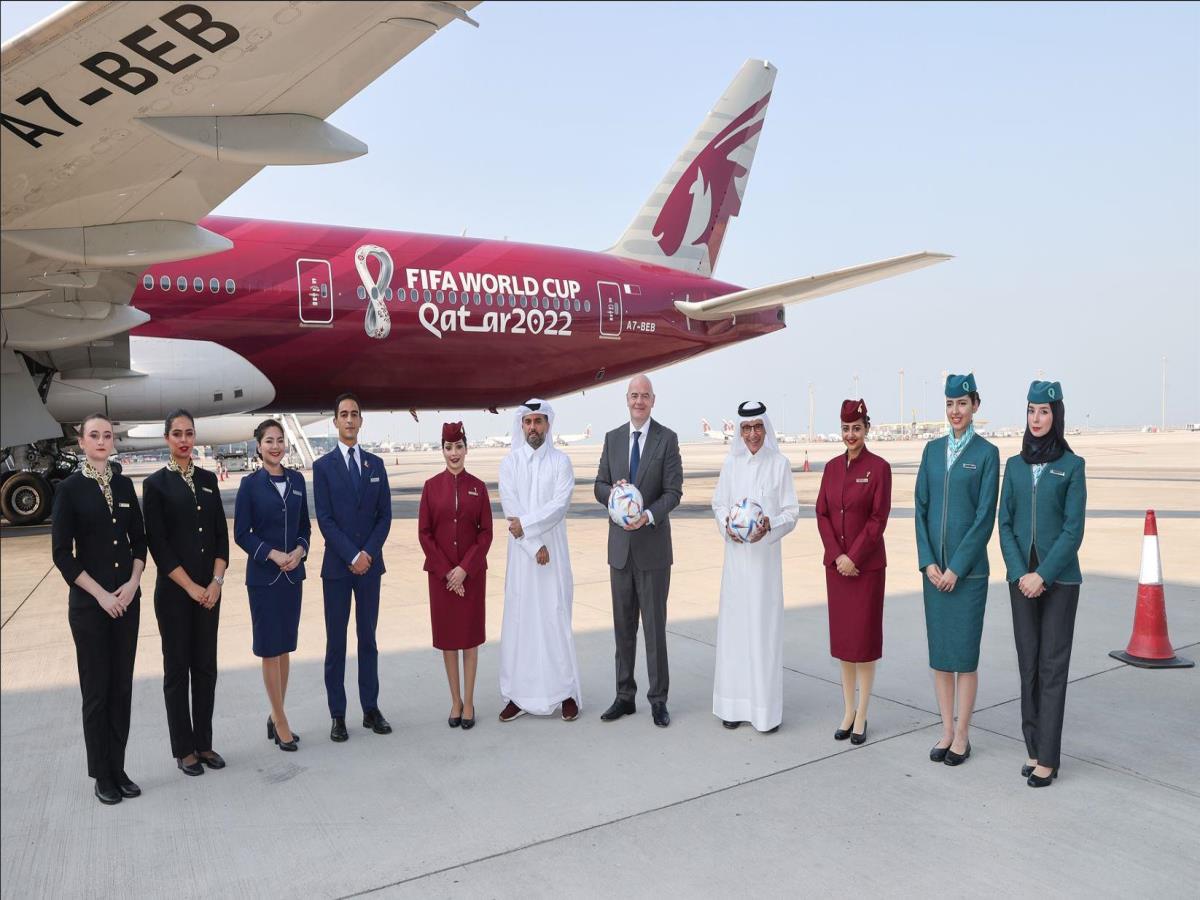 The leaders assembled on the tarmac to highlight a specially-branded Boeing 777 aircraft painted in FIFA World Cup Qatar 2022 livery.

His Excellency Al Baker said: "We are here to represent both Qatar Airways and FIFA and our dedication towards playing our role in hosting the first-ever FIFA World Cup in the Middle East. Hosting this tournament is a big achievement for us, and we are ready to unite fans worldwide and provide them with the exceptional experience."

"This will be the first FIFA World Cup to take place in the Middle East and the Arab World, and our partners Qatar Airways and Hamad International Airport will play a key role in the delivery of this amazing event," said FIFA President Gianni Infantino. "They are ready to welcome millions of fans to Doha, showcase the Host Countrys unique hospitality, and ensure top-class service and the most memorable experiences, contributing to making this the best FIFA World Cup ever."

Most recently, the airline revealed projects, providing football fans with world-class entertainment, including Qatar Live which hosts more than 60 international artists throughout the World Cup.

In 2017, Qatar Airways announced its partnership with FIFA as the Official Airline. The alliance has gone from strength to strength, with The Worlds Best Airline sponsoring numerous tournaments such as the FIFA Confederations Cup 2017, the 2018 FIFA World Cup Russia, the FIFA Club World Cup, and the FIFA Women's World Cup.

Qatar Airways will provide dedicated Passenger Overflow spaces outside Hamad International Airport and Doha International Airport, at no cost, where football festivities and live entertainment can be enjoyed while also providing storage space for luggage and carry-ons.

This space will allow fans to continue enjoying the celebrations before they depart to their respective destinations.