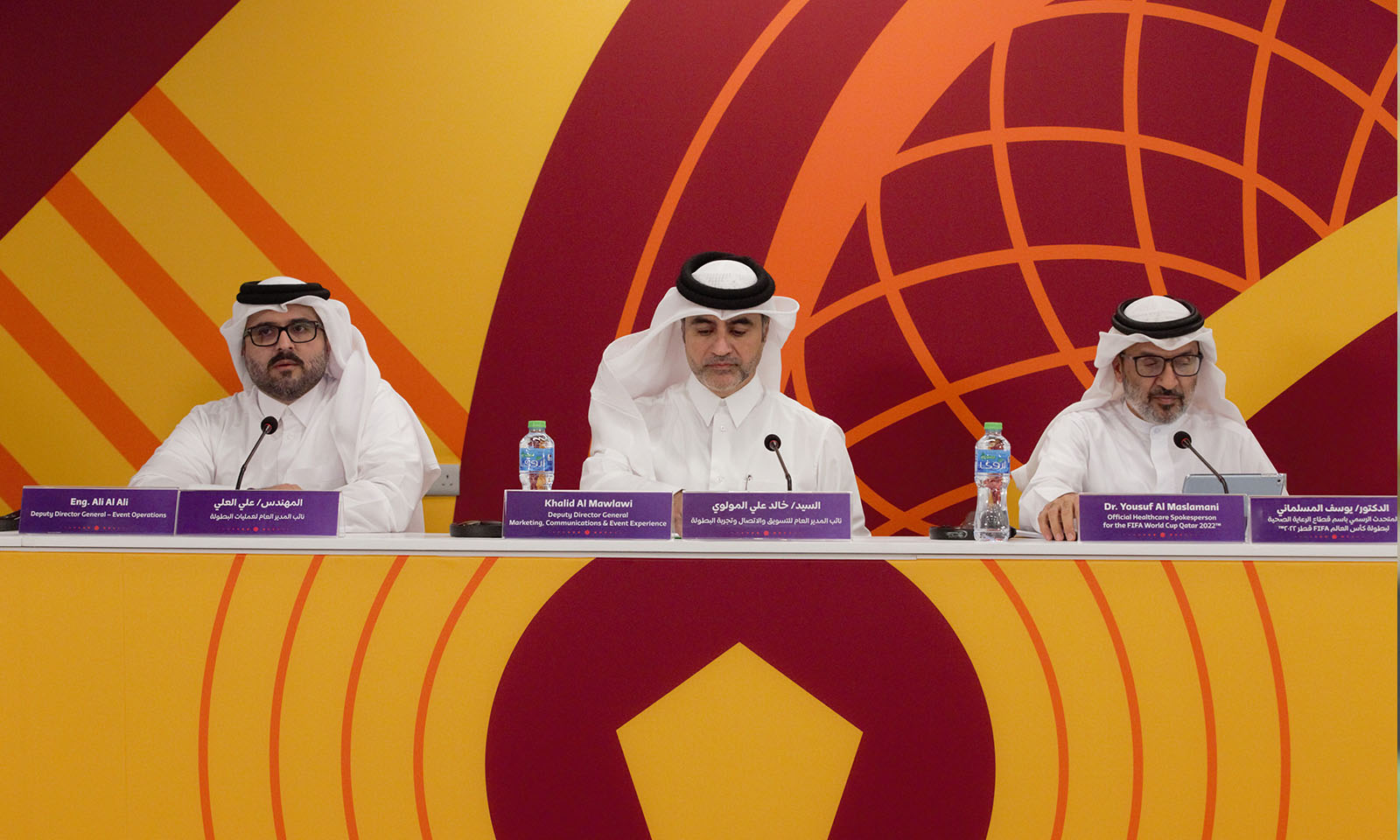 The main topics discussed were the fan experience, transport, medical guidance and security protocols. The World Cup will be held from 20 November to 18 December in eight state-of-the-art stadiums.

The press conference was organised by the Supreme Committee for Delivery & Legacy (SC) in collaboration with the Safety and Security Operations Committee (SSOC) and the Ministry of Public Health (MOPH). First on the agenda were security preparations and the announcement that non-ticketed fans with a Hayya Card will be allowed to enter Qatar after the completion of the group stage on 2 December.

Colonel Dr. Jabr Hammoud Jabr Al Nuaimi, Official Spokesperson for the Ministry of Interior & SSOC, said: “We are pleased to announce our readiness to securely host the World Cup. The Ministry of Interior and security forces have worked diligently to put extensive plans and programmes in place to ensure the delivery of a safe and distinguished tournament.

“For many years, the State of Qatar was among the highest-ranking countries in global security and safety indicators, topping the list of countries in the Middle East and North Africa. This makes Qatar an ideal country to safely host major events of all kinds.

“The tournament's security entails many different objectives, including protecting all World Cup facilities and infrastructure components, as well as building an integrated security capability for the tournament that surpasses the standards and practices used in previous major events.”

He continued: “We are delighted to announce today that non-ticketed fans will be able to enter the State of Qatar after the conclusion of the group stage on 2 December 2022 to enjoy the unique tournament atmosphere. Non-ticketed fans can apply for their Hayya Cards to enter the State of Qatar through the Hayya platform or Hayya to Qatar 2022 mobile app from today, according to the listed requirements, including proof of accommodation and QAR 500 entry fee for children aged 12 and over. Under 12s will not be charged.”