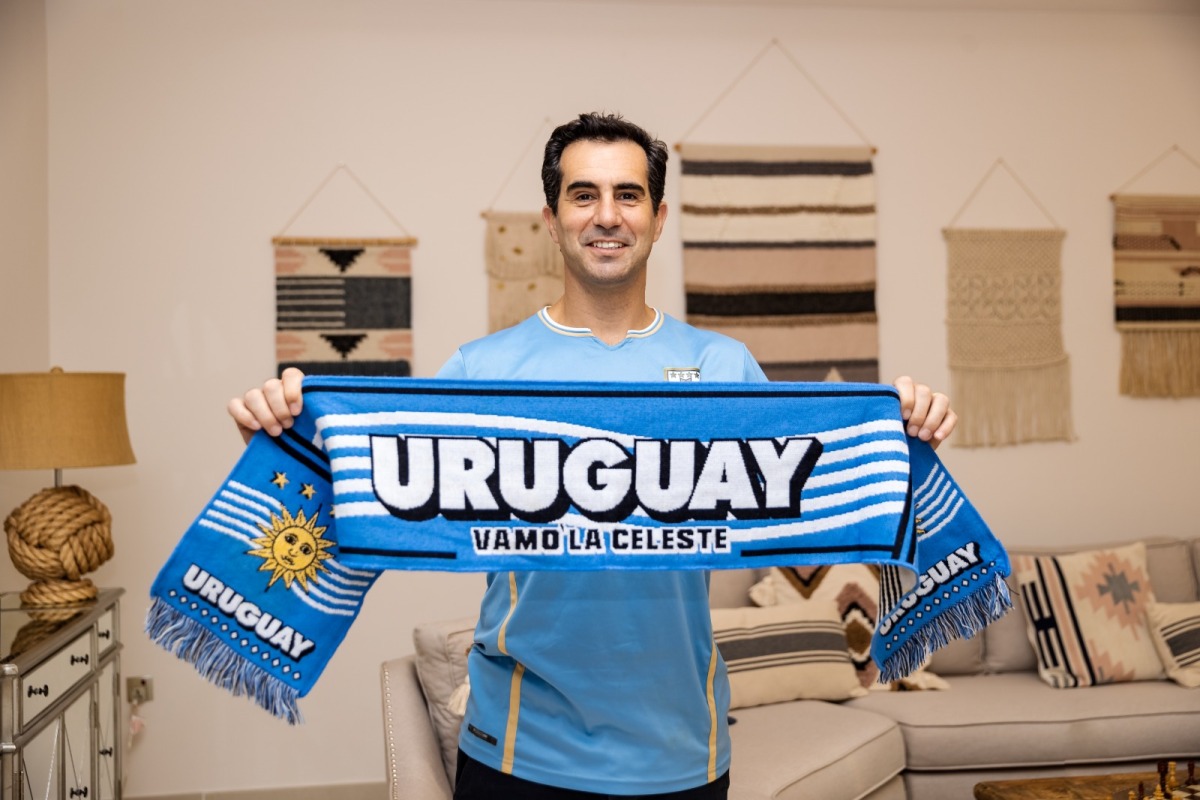 Doha, 4 November 2022 - Uruguay’s history with the FIFA World Cup™ goes back to the tournament’s beginnings when the South American nation hosted the inaugural competition back in 1930. La Celeste were the first winners of the tournament – and made it a double by also claiming victory in 1950.

Qatar 2022 will be Uruguay’s fourth straight appearance at football’s showpiece event – and one man looking forward to the first FIFA World Cup™ in the Middle East and Arab world is 49-year-old Pablo Sanz-Reherman, who has spent more than 18 months working as an engineer with Qatargas.

The Montevideo native, who lives in Al Messila with his wife Alejandra and children Emma and Mateo, expects Uruguay fans to bring passion and enthusiasm to this year’s World Cup, which takes place from 20 November to 18 December.

What are the best places to visit in Qatar?

The desert is completely unique. You can organise great tours and do so many fun things. There are also many things to do in Doha – amazing places like Souq Waqif and Msheireb. I also love the beaches here. Uruguayans love going to the beach, so I’m sure they will enjoy Qatar.

What advice would you give to Uruguayan fans heading to Qatar for the World Cup?

It’s important to learn about the culture – it is obviously different here to many other countries. My advice to people is to plan everything in advance and do some research. I think it’s important to embrace the culture and respect local people. Always try to be flexible, as this will help you enjoy your experience here.

Many fans have asked me questions about the tournament. Most ask about accommodation and the best places to stay. The good thing is this tournament is very compact – you will never be far from a hotel, stadium or fan zone during this World Cup.

What can we expect from Uruguay fans in Qatar?

They will bring their traditions and energy. Uruguayans will want to show they are proud. We will be very visible – it will seem like there are many thousands of us! It means a lot to Uruguayans to be part of the World Cup.

Uruguay will play their group matches at Education City, Lusail and Al Janoub. What type of atmosphere do you think those games will generate?

Uruguay fans are going to be super enthusiastic at all three venues. They are all unique and brand new, so people are going to be impressed with the facilities and their designs. When it comes to the atmosphere, we will always try to be as loud as possible, so that the players can feel our support.

This will be Uruguay’s 14th appearance at a FIFA World Cup™. How do you think Diego Alonso’s side will fare at Qatar 2022?

For Uruguay, our mindset is always to win. We tend to overachieve for such a small country and the population we have. The expectation is that we will do very well, and hopefully, we continue playing until the last day of the tournament. That expectation is always there for Uruguay. We are going to be a very tough opponent.

It has been a long time since Uruguay lifted the World Cup back in 1930 and 1950. Do La Celeste have what it takes to claim a third title at Qatar 2022?

You have 32 teams that all want to lift that trophy, but I think Uruguay is a contender for the title. We have a good blend of young talent and experienced players. At South Africa 2010, we made it all the way to the semi-finals, so that possibility is there. We are very hopeful that 2022 is the year we are back in the final.