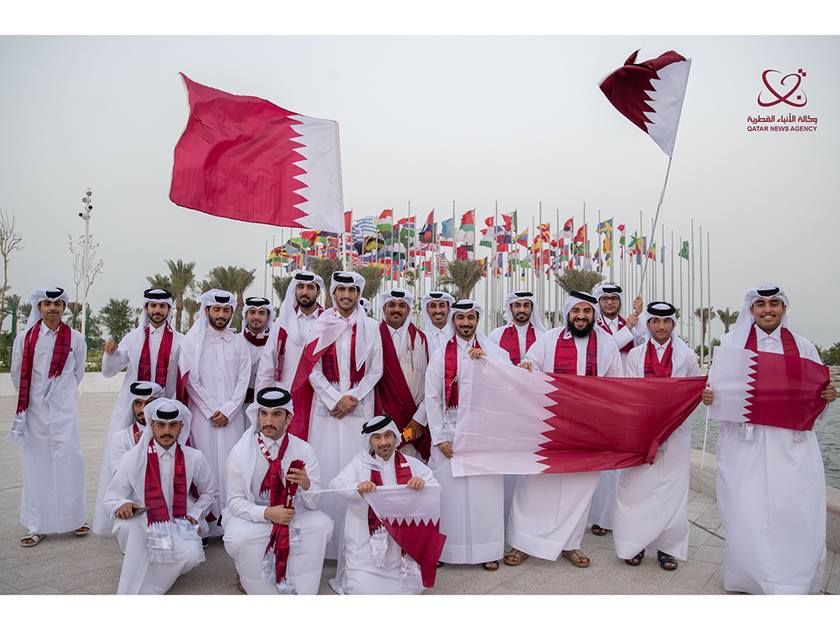 Doha, 10 November2022 - Qatar National Team Fan Association organized a special tour on the Doha Corniche and in Msheireb in central Doha as part of its efforts to support the national team a few days ahead of the FIFA World Cup Qatar 2022.
The tournament will kick off Nov. 20 and runs through Dec. 18. Qatar will play the opening match against Ecuador at Al Bayt Stadium.
The fans of the Qatari team gathered in the Flag Square on the Corniche, in the presence of local ambassadors of the Qatar Legacy Ambassador program, Adel Khamis, Mohammed Saadon Al Kuwari and Khalid Salman, as well as representatives of the local media.
The fans chanted songs and national anthems that will be heard from the stands during the teams matches in the World Cup.
The Fan march wrapped up in Al Annabi Village in Msheireb, a new sports and heritage site that was inaugurated in Doha by the Qatar Football Association in partnership with Msheireb Museums, to become a new destination for fans of the Qatari team and all World Cup fans.