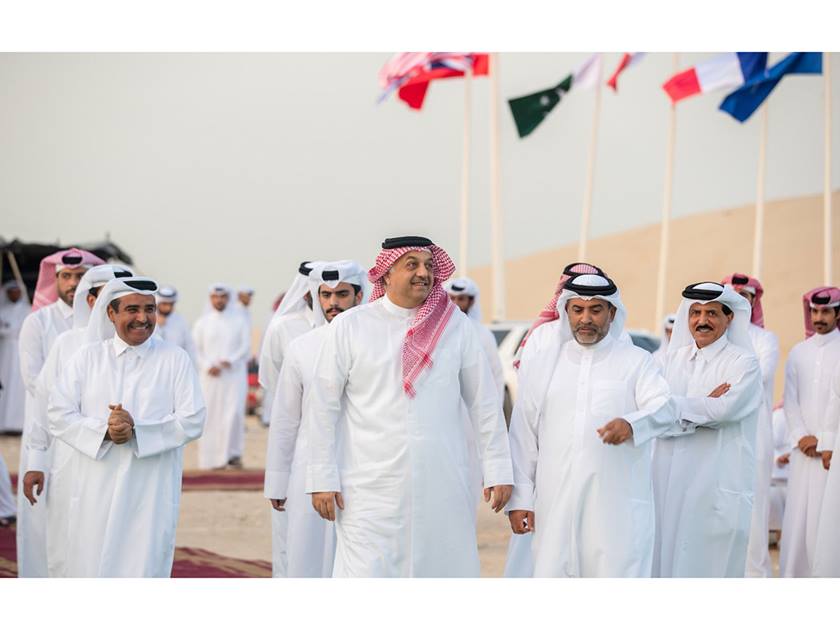 Doha, 14 November 2022 - The Ministry of Defense organized the desert camp event for brotherly and friendly forces participating in securing the FIFA World Cup Qatar 2022, under the patronage and presence of HE Deputy Prime Minister and Minister of State for Defense Affairs Dr. Khalid bin Mohamed Al Attiyah.

The event included a variety of activities, including introducing the brotherly and friendly forces to the authentic customs and traditions of Qatari society, including a "Qatari Arda" performance welcoming the country's guests.

The event was attended by HE Chief of Staff of the Armed Forces Staff Lieutenant General (Pilot) Salem bin Hamad bin Aqeel Al Nabit, HE Advisor to HE the Deputy Prime Minister and Minister of State for Defense Affairs for Defense and Security Affairs Major General (Pilot) Mohammed Abdullatif Al Mannai, who is also Chairman of Ministry of Defense's Executive Committee for FIFA World Cup Qatar 2022, HE Commander of the Joint Force for the FIFA World Cup Qatar 2022 Major General Saeed Hussain Al Khayarin, and a number of Their Excellencies ambassadors and military attaches to the country, as well as senior officers in the armed forces.