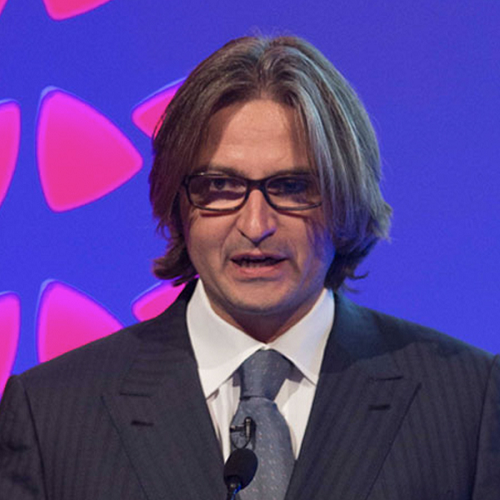 Doha, 15 November 2022 - Qatar has made exceptional preparations in terms of safety and security and has spared no effort in building comprehensive international cooperation to ensure a seamless FIFA World Cup, top officials of the International Centre for Sport Security (ICSS), told journalists in an interview.

“With just a few days to go until the FIFA World Cup Qatar 2022 kicks off, we are proud that Qatar is fully ready to host the tournament, which will bring millions of eyes and hundreds of thousands of international spectators,” Mohammed Hanzab, Chairman of the ICSS, said.

“The ICSS has assisted the State of Qatar since the first beginning days when the nation was awarded the rights to host the FIFA World Cup Qatar 2022, becoming the first country in the Arab world and the Middle East to do so. Qatar has been able to capitalise on unique relevant expertise in the security field as one of the countries with the lowest crime rates in the world, and, at the same time, embrace the best practices developed in other countries, at all latitudes, who hosted major sporting events in the past,” Hanzab added.

ICSS CEO Massimiliano Montanari said, “The ICSS is confident that Qatar will deliver a safe and secure tournament for all participants, thanks to the tireless efforts of its authorities and officers across these years of preparations. The world has changed so many times since the World Cup was awarded to Qatar, going through pandemics and international turmoil, but the Qatari authorities continued to work with vision, coordination, and a cooperation spirit which has integrated in the World Cup preparations stakeholders across different nations and sectors, also including civil society.”

Steven Fleming, Head of Sport Event Security of the ICSS, said: “Since inception, the ICSS, an international, not-for-profit organisation based in Doha, has provided support for Sport Governing Bodies, Local Organising Committees, and sporting organisations at international, national and local levels, through stadium design, development of organisational structures, operational planning, training and education.”

“We have developed the safety and security handbook and guidelines for global and continental sports federation, conducted country threat and risk assessments for international tournaments and together with the United Nations Office of Counter Terrorism (UNOCT), in partnership with the United Nations Interregional Crime and Justice Research Institute (UNICRI), the United Nations Alliance of Civilizations (UNAOC), the ICSS has been co-leading the UN Global Programme on the Security of Major Sporting Events and the Use of Sport to Prevent Violent Extremism. We also participate in the activities of INTERPOL, Council of Europe, World Health Organization (WHO) and other relevant international cooperation mechanisms in the safety and security field.

“In 2021, the ICSS, jointly with its UN partners, developed the Global Guide on the Security of Major Sporting Events recently translated into five official UN languages. The sporting bodies and organisations we work with, include, but are not restricted to, the Supreme Committee for Delivery and Legacy (SCDL), FIFA World Cup Qatar 2022 (Q22), FIFA, Asian Football Confederation (AFC), Asean Football Federation (AFF) and the Confederation of African Football (CAF).

“Before Q22, the ICSS has assisted the Japan Olympic Committee (JOC) with regard to the security preparations of the 2020 Summer Olympics in Tokyo and has been involved in the protection of the 2014 FIFA World Cup in Brazil and the 2016 Summer Olympics in Rio de Janeiro, alongside other events of continental and national dimension,” the ICSS Head of Sport Event Security explained.

“Since 2013, it has been our great honour to have been a primary advisor and provider of technical assistance to SCDL and Q22 on safety and security for the FIFA World Cup Qatar 2022,” Fleming said.

“We have advised upon major event safety and security legislation, and undertaken observation programmes at several global sporting events and submitted learning and good practices from those events to integrate into operational planning for Qatar 2022. These projects not only cover stadium operations but also, transport, hotels, training sites, the International Broadcast Centre (IBC), the Main Operations Centre(MOC) and FIFA Fan Festivals (FFF). We designed and developed a comprehensive Police Protective Security Advisor training programme as well to develop an approach for the protection and management of crowded places city-wide.”

“Tournaments of this scale will always bring with them challenges, also due to the development of new global scenarios; however, the training of Venue Management Teams, the operational planning, including incident management, crowd management, contingency planning and staff training all based around a thorough threat and risk assessment process, should leave us in no doubt that all stadium-based challenges will be dealt with effectively, professionally and in line with the highest international standards in the field of safety, security and protection of individual liberties,” said the ICSS Head of Sport Event Security.

“Qatar has drawn upon the expertise of international partners, well versed in staging tournaments of this scale and has international assistance in its delivery of safety and security operations on land, sea, and air,” Fleming added.

“During the forthcoming tournament, Qatar will utilise its International Police Coordination Centre (IPCC) to facilitate the exchange of information between Qatar’s Police, INTERPOL and policing representatives of national teams’ home countries to ensure the safety of those attending. These national policing representatives provide the expertise and advice on how to deal with spectators from their home countries,” he went on saying.

On ICSS’ role during Qatar World Cup, Fleming said: “Our main responsibility has been fulfilled during these years of preparation and hard work by all stakeholders involved. During the World Cup, the ICSS have been tasked by Q22 to conduct safety and security observations and evaluations in a number of stadiums, in order to identify and encourage, in real time, good practice and report upon areas where improvements can be made throughout the tournament. With are proud to also be assisting Q22 in preserving the safety and security legacy of the event, in terms of collating and analysing the work conducted in preparation and during FIFA World Cup Qatar 2022.”