AFC President Looks Forward to World Cup Like No Other 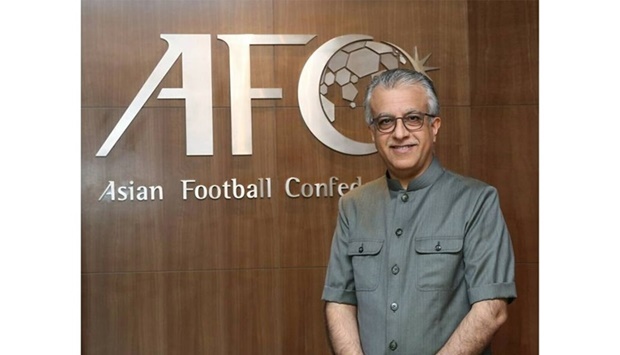 Kuala Lumpur, 15 November 2022 - Asian Football Confederation (AFC) President Shaikh Salman bin Ebrahim Al Khalifa sent his best wishes to Asia's teams and match officials ahead of the FIFA World Cup Qatar 2022.
"We look forward to the Qatar Football Association, Qatar's Supreme Committee for Delivery and Legacy, and the Qatari Authorities as well as FIFA delivering a global showpiece like no other in history," he said in statements published on the AFC website on Tuesday.
"I know Asia is ready, I know the Middle East is ready, and I know that Qatar will put on an unforgettable show for the world," he added.
He sent his best wishes to Australia, the Islamic Republic of Iran, Japan, the Korea Republic, hosts Qatar and Saudi Arabia, as well as the federation's world-class match officials.
This World Cup edition, running from Nov. 20 to Dec. 18, will have 19 AFC match officials.
"The AFC's Vision and Mission underlined our ambitions to ensure Asian teams and match officials are provided with the best possible conditions to thrive on the biggest stages and we are confident that our Continent's representatives will be inspired to produce a performance of a lifetime," he said.
"The first-ever FIFA World Cup held on Asian soil in the Korea Republic and Japan in 2002 was a turning point in our history. There can be no denying that it served as the catalyst in charting the continued growth and professionalism of the Asian game and bringing our ambitions to life," he added.
Two decades later, a new page and exciting chapter is turned in our breakthrough journey. AFC is determined to ensure that Qatar enjoys the same unparalleled success and leaves behind the same transformational legacy as the Korea Republic and Japan in 2002, he said.