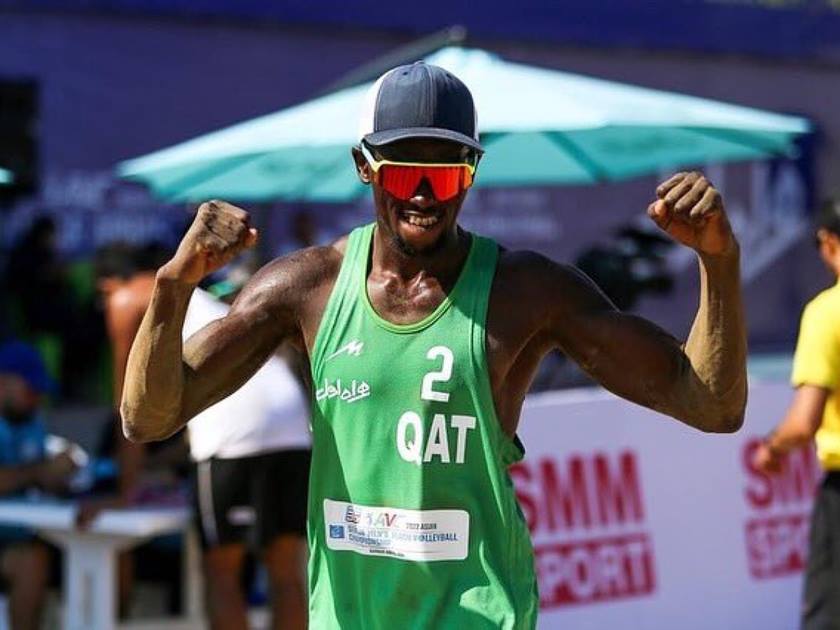 Tehran, 19 November 2022 - Qatar's men beach volleyball team including the duo Sherif Younis and Ahmed Tejan, number three world top ranking team, was crowned with the Asian Senior Men's Beach Volleyball Championship which took place at Bandar Abbas City in Iran, after winning against Australia duo Christopher McHugh and Paul Burnett by two clean runs (21/16 and 21/17).
Qatar qualified for the final after earlier in the day after winning the Chinese team of Li Zhuoxin and Xue Tao with two free runs in the semi-final.
The Qatari national team won the championship after winning all its games played in this tournament.
Prior to participating in the Asian Championship, the Qatari team won the bronze medal after winning against the Austrian team of Seidl, R. and Philip Waller, with two unanswered scores (22 - 20 and 21- 14), at the third-place meeting in the Cape Town Championship in South Africa, which is one world tours organized by the International Volleyball Federation (FIVB), which included the participation of the top ranking 16 teams (Elite 16).