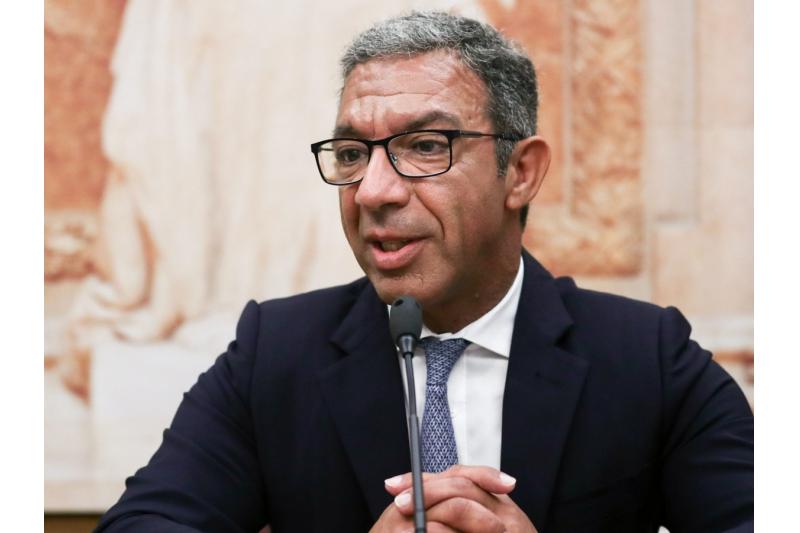 Doha, 20 November 2022 - HE President of the Inter-Parliamentary Union (IPU) Duarte Pacheco applauded the exceptional and distinguished hosting of the FIFA World Cup Qatar 2022, affirming that this excellence in preparation and organization refute all allegations raised about this hosting.
In remarks to Qatar News Agency (QNA) on the sidelines of his attendance at Qatar 2022 opening ceremony on Sunday, HE the IPU President said that the State of Qatar has made tremendous efforts over 12 years, and despite the fact that the organization process was not easy, Qatar has established a wonderful and distinguished infrastructure in accordance with the highest specifications and standards.
What the State of Qatar has done in this regard is very distinctive, and completely different from the previous editions. It has prepared an integrated infrastructure for this global sporting event, and has provided modern transportation, ideal accommodation, a security and safety system, and others. Indeed, this refutes the rumors that were raised from time to time about its hosting of the World Cup, HE the IPU President said, stressing that Qatar has always hosted international events in a qualitative and exemplary manner.
On the opening ceremony, he said that it was completely different, adding that the ceremony "will be in our memories forever. A lots of music.. A lot of history.. A lot of new technology. Something completely different from the past. It will not be easy for the next organizer to compete with you." HE President of the Inter-Parliamentary Union (IPU) Duarte Pacheco praised the labor reforms implemented by the State of Qatar to protect the rights of workers, noting that he had noticed Qatar's wonderful dealing with all residents on its land, including expatriate workers, which refutes the false information about violations of workers' rights. What is required is to continue these successes, and not pay attention to such false accusations.
Qatar has done everything in the best way, I don't understand some critics, because we didn't find these kind of criticism when we have other games. Do you believe that human rights and the workers rights were better defended there. I don't believe. So, try not be hypocritical, he added.
"Word to fans - Everyone will enjoy the country, the people, the food, the atmosphere and everyone will understand how friendly Qataris are," HE the IPU President stressed.
In conclusion, HE President of the Inter-Parliamentary Union (IPU) Duarte Pacheco described the relations between Shura Council and IPU as "perfect", noting strong cooperation at all levels. "We organized here the 2019 assembly that is in our memories. You organized one assembly that was one example that is why you show credential to organize events Next march, we will come back, IPU with the Shura Council, to organize one meeting to see the strategy to help the least developed countries in the world. It will be a meeting organized by the United Nations, IPU and the Shura Council," he added.