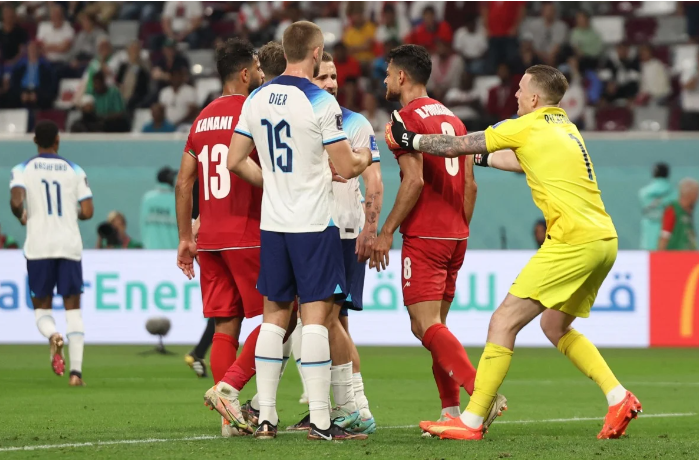 Doha, 21 November 2022 - England defeated Iran 6-2 on Monday in their Group B opening match of the FIFA World Cup Qatar 2022 at Khalifa International Stadium.
Jude Bellingham opened the scoring for England in the 35th minute before Bukayo Saka and Raheem Sterling extended the lead in the first half.
In the second half, Saka struck the fourth before Mehdi Taremi pulled one back for Iran.
Marcus Rashford and Jack Grealish scored in the 71st and 89th minutes respectively, while Iran's late consolation goal came through Taremi again from the spot in the injury time.
Group B also includes Wales and the US who will play also on Monday.
England will play against the US on Nov. 25 at Al Bayt Stadium, and Iran will face Wales on the same day at Ahmed bin Ali Stadium.