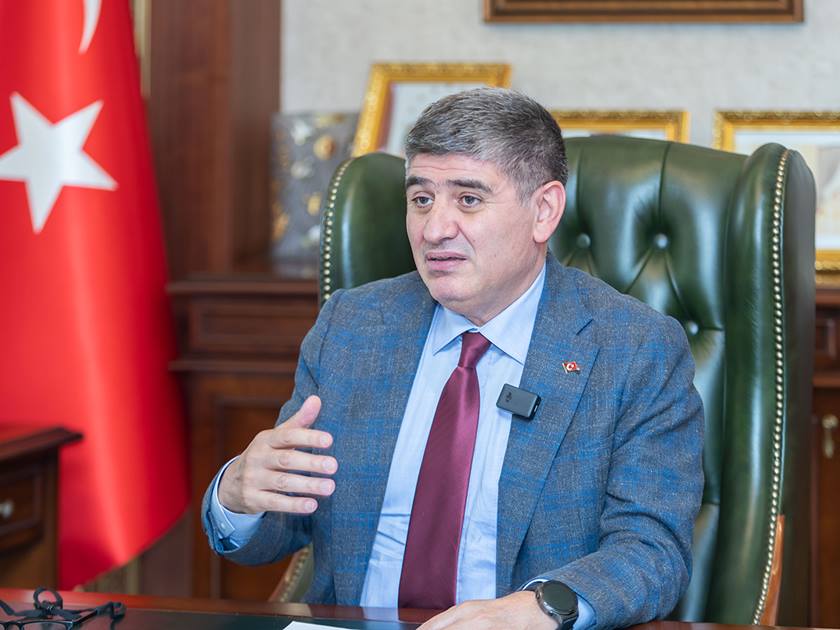 Doha, 21 November 2022 - HE Ambassador of the Republic of Turkey to the State of Qatar Dr. Mustafa Goksu, praised the messages included in the speech of HH the Amir Sheikh Tamim bin Hamad Al-Thani at the opening ceremony of the FIFA World Cup Qatar 2022 at Al Bayt Stadium, on Sunday.

His Excellency said, in a statement today, that the speech of HH the Amir at the opening ceremony of the FIFA World Cup Qatar 2022 carried many direct messages, full of noble human meanings.

His Excellency also stressed that the ceremony at Al-Bayt Stadium yesterday, presented humanitarian and civilized messages that promote rapprochement between peoples and cultures around the world.

His Excellency said that the State of Qatar fascinated the world and viewers from all over the world, through the legendary opening ceremony of the FIFA World Cup Qatar 2022, which brought together the 'fragrance' of the East with a distinctive Qatari flavor as well as its dazzling performances, meanings and sublime values that focused on unity, coexistence, mutual respect and other common values between peoples.

His Excellency added that the State of Qatar dazzled the world and fulfilled its promise to present the best version in the history of the World Cup, and it presents a honorable model in organizing international tournaments and confirms the ability of the Islamic world to organize such major events.

His Excellency also noted that the presence of HE President of the Republic of Turkey Recep Tayyip Erdogan, at the opening ceremony with a large delegation of Turkish ministers and officials was a sincere message of support for the sisterly and friendly State of Qatar on this historic day.

His Excellency added that Turkey is still with Qatar side by side in organizing this event with all its capabilities, and will remain with Qatar until the end of the World Cup.