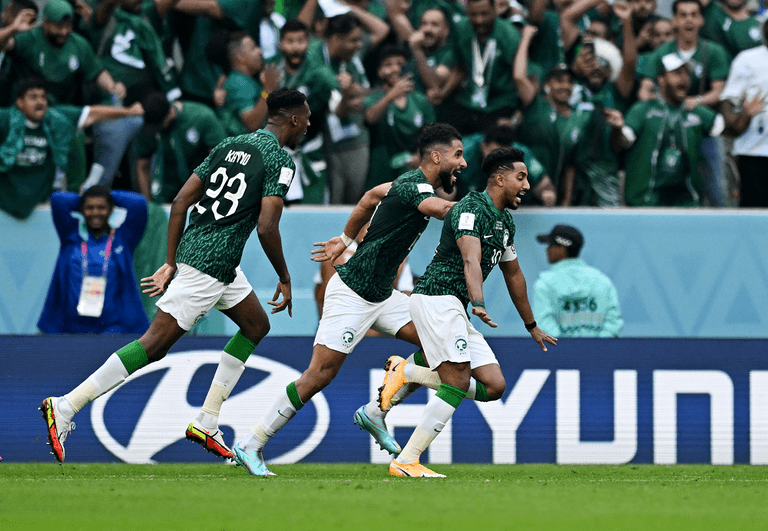 Both goals of Saudi Arabia’s FIFA World Cup Qatar 2022 Group C opener came within five minutes in the second half. This was after Messi put the two-time title winners ahead as early as 10th minute before VAR had three of their goals disallowed.

Al Shehri squeezed in a low shot in the 48th minute before Al Dawsari struck from the edge of the penalty area in the 53rd minute to stun Argentina, one of the tournament favourites, in front of 88,012 football-mad fans at Qatar's biggest stadium.

Messi’s goal made him only the fifth player ever to score in four different editions of FIFA World Cup, but the seven-time Ballon d’Or winner couldn’t save Argentina from snapping their 36-match unbeaten run.