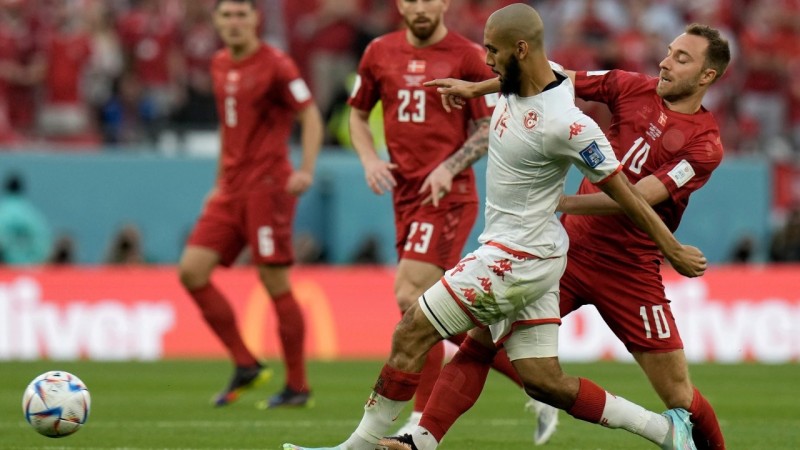 Doha, 22 November2022 - Denmark and Tunisia played out a 0-0 draw during their opening World Cup 2022 group stage match on Tuesday.
Both sides created chance but favorites Denmark were surprised by a well-organized Tunisia side who defended well and posed a threat on the counter at times.
The Eagles of Carthage, who sit 20 places behind Denmark in the world rankings, were the side to assert themselves on the game in the first-half, as they had chances to take the lead.
Denmark had more of the ball, but Tunisias swarming defense, and a few ill-timed bad passes, frustrated its efforts.
Tunisia nearly scored in the 43rd minute when Issam Jebali got past the defense and found himself one-on-one with Denmark keeper Kasper Schmeichel. But Schmeichel succeeded in stopping the ball.
There was late VAR drama but eventually no penalty was awarded when the referee went to the monitor.