Saudi Coach: Victory over Argentina will Remain in History 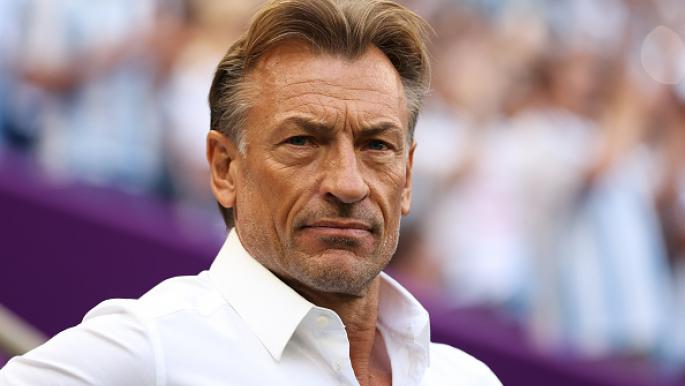 Doha, 22 November 2022 - The French coach of Saudi national football team, Herve Renard, confirmed that the victory over Argentine national team 2-1 today at the start of the third group campaign of the FIFA World Cup Qatar 2022 will remain in history.
Renard urged his players to "keep their feet on the ground" after the match.
The result marked Saudi Arabia's first-ever victory over the South American team and only their fourth win in 17 World Cup matches.
"We made history and it will last forever but we also need to concentrate on our next two games," the 54-year-old Frenchman said in the post-match press conference in Doha.
"Our celebrations in the dressing room lasted only 20 minutes or less. We have two more games and we have to concentrate on those. The players have worked very hard and always maintained good team spirit, never complaining. Now they just need to keep their feet on the ground." Saudi Arabia will meet Poland in their next match on Saturday before facing Mexico four days later.