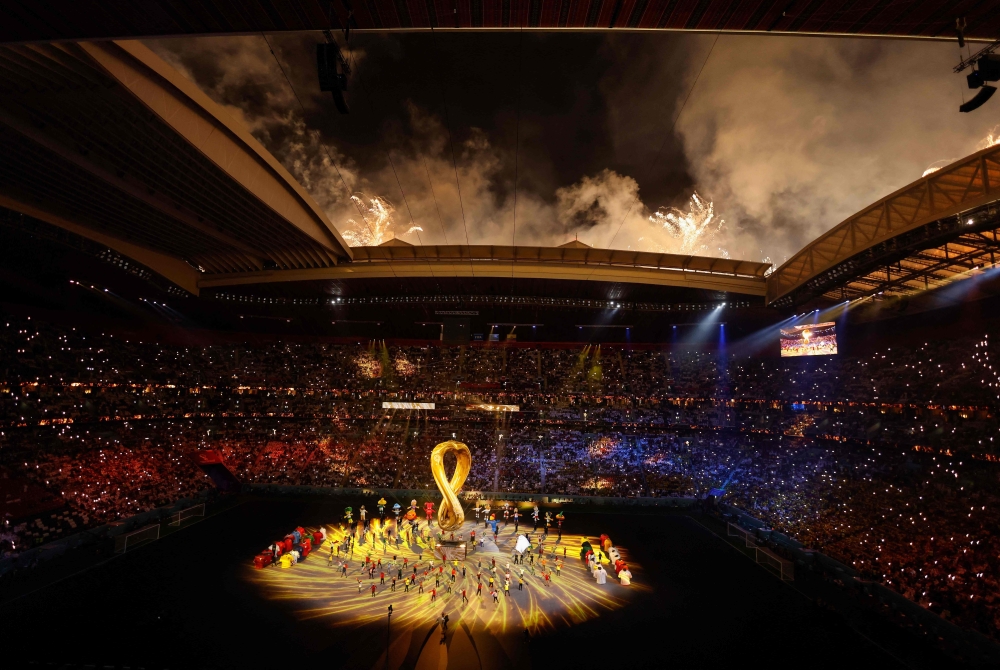 Doha, 25 November 2022 - A number of international journalists covering the FIFA World Cup Qatar 2022 have praised the facilities provided by the Supreme Committee for Delivery and Legacy (SC) to all media representatives and media outlets, be it in press centers or the stadiums.
In exclusive statements to Qatar News Agency (QNA), they expressed their admiration for the distinguished Qatari organization of the tournament in all its details.
The Argentinian journalist Dario Germani praised all the facilities provided by the organizing committee for journalists in the media centers and stadiums. He also expressed his admiration for the tournaments stadiums, explaining that Qatari organization of the tournament is unique, with matches scores adding surprise, enthusiasm, and excitement to the tournament.
In turn, Italian journalist Luca Pinchin said that he is impressed by Qatars hosting of the World Cup, including the facilities provided to journalists in the media centers, whether the Main Media Center and the International Broadcast Centre located in the Qatar National Convention Center (QNCC), or in the stadiums and training grounds.
He said that Qatar is offering the world a good tournament, together with exceptional media services of all kinds. He also praised the ease of movement from and to the media centers and stadiums, in addition to remarking Dohas landmarks and the tournaments good vibe.
For his part, Mexican journalist Eduardo Cortez said that Qatar provided a good model for organizing international tournaments and events, and that the organizing committee worked hard to facilitate the work of media representatives covering the FIFA World Cup Qatar 2022, which is one of the best tournaments in terms of the facilities provided to media personnel, from the ease of obtaining information to well-equipped media centers, in addition to the ease of getting around, from the media centers to the stadiums to attend the matches.
As for German journalist Roman Gereth said that the FIFA World Cup Qatar 2022 began to attract the world's attention since Qatar won the hosting bid all the way to the tournaments opening, yet upon arrival to Qatar, one finds that everything is set. The FIFA World Cup Qatar 2022 organizing committee has facilitated the work of media agencies by creating huge media centers equipped with the latest means and technologies, in addition to providing media professionals with the advantage of free transportation throughout the country via the metro and buses, as well as simultaneous interpretation in several languages in the press conference halls. Not to mention that those in charge of the media centers are fully prepared to respond immediately and provide support and advice.
International media representatives said that Qatar did not leave anything to chance, with the objective of organizing an exceptional tournament, paying attention to the smallest details during the preparation stage, resulting with a tournament of excellence.
The Main Media Center operates around the clock during the World Cup, allowing media professionals to follow the press conferences of the 32 competing teams, as well as many other exclusive media services.
It is noteworthy that the President of the International Sports Press Association, Italian Gianni Merlo expressed, in a previous press statement, his happiness that this tournament serves as a renewed occasion to bring the world's attention to Qatar and its achievements, noting SCs great efforts in cooperation with FIFA in order to organize a unique version of the World Cup. He also praised the great cooperation on the organizers side with international media outlets and the press in order to carry out a distinguished media coverage with the greatest degree of professionalism.
He added that Qatar provided journalists from all over the world with the best means to fulfill their role and covering the first World Cup in the region.