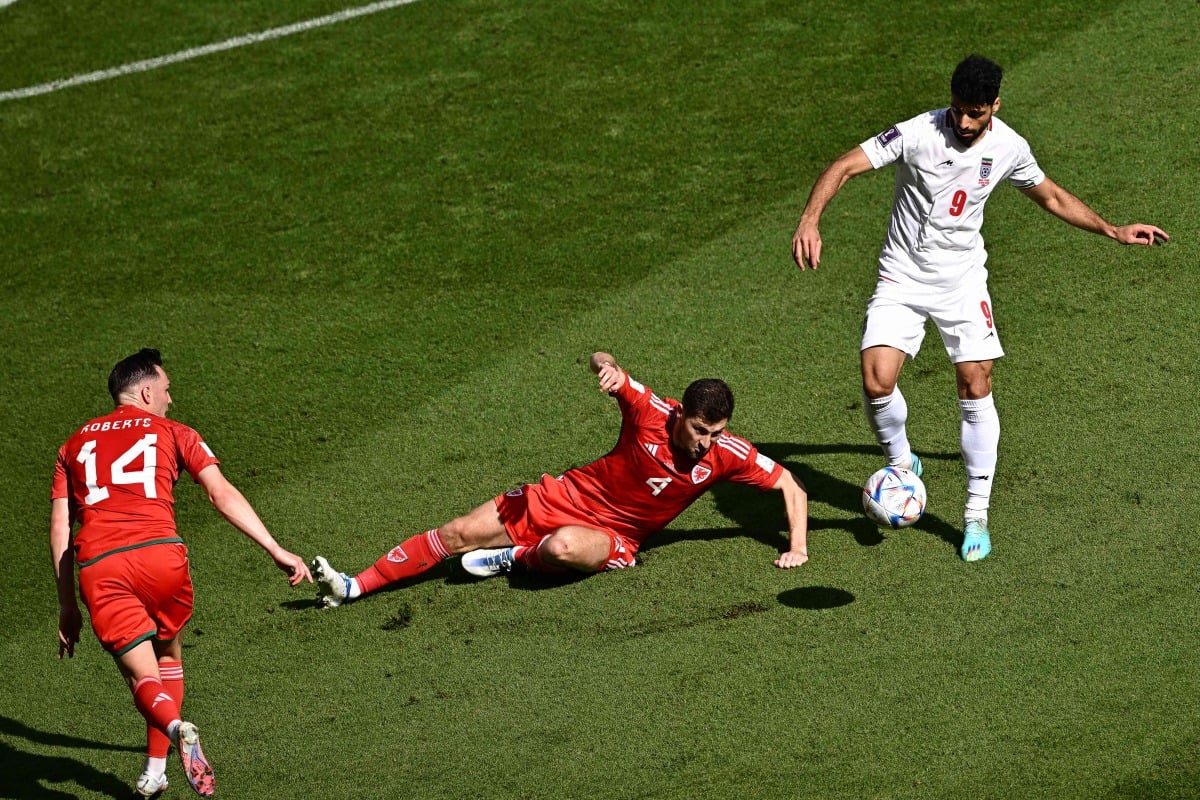 Doha, 25 November 2022 - Iran score two goals after the 98th minute to beat a European country for the first time in their World Cup appearance history.

Both teams knew that this match was more than a group game – it had to feel like a knockout match because the winner would have the best chance to qualify.

Iran realistically needed at least a draw to have any chance of reaching the last 16; Wales could lose today and still go through. But even in the unpredictable game of snakes and ladders that is the group stage, that’s not to be encouraged.

Far more important was the political undertones behind Iran’s appearance that stands out. The players chose not to sing the national anthem before the England game on Monday, their latest gesture in support of those protesting against the shocking death of 22-year-old Mahsa Amini in police custody in September. Before the match started, most of the Iranian players choose to sing this time. There were problems earlier this week with their compatriot being banned from play.

Iran’s front two, Taremi and Azmoun, looked really dangerous throughout the game. In the opening minutes, an attempted give-and-go was thwarted by a sliding Wales defender on the edge of the area.

Soon after Iran got their biggest chance of the game which they converted only to be ruled out for offside. As disallowed goals go, it was a beauty. Roberts’ dodgy square pass was nicked by Gholizadeh, who played a dizzying, progressively orgiastic exchange of first-time passes with Azmoun – one, two, three, four – before walking the ball into the net. But when the last pass was played, Gholizadeth was slightly – and needlessly – offside. Azmoun could have taken the shot himself as well.

But Wales had their chances too. Davies sprayed a crossfield pass out to Roberts, who pulled it down and shaped a lovely cross towards the near post. Moore stretched to stab an instinctive volley from six yards that was parried away by Hossein Hosseini. Had Moore’s volley gone either side of the keeper he would probably have scored. To exacerbate his pain, Majid Hosseini accidentally kicked him in the face in his follow-through.

A bit of a quiet spell followed on for the first half but the second half continued roaring with plenty of Welsh possession at the start, though it was largely in front of the Iran defence. Especially, Moore who does make a run in behind, down the right, was flagged offside.

But it was the Iranians who got into the front foot for most of the rest of the half. They hit the post twice in 10 seconds! First Azmoun rumbled into the area from Nourollahi’s angled through pass, held off Rodon and slapped a shot against the right-hand post. Gholizadeh kept the ball alive and shaped an extravagant long-range curler that beat the flying Hennessey and thumped off the left-hand post. It rebounded to Azmoun, who was off balance and could only head straight at a very grateful Hennessey.

And shortly after there was another very dangerous break from Taremi. He run 40 yards, with Mepham backpedalling the whole way, then shifted the ball inside for a shot that is crucially blocked by the covering Ampadu.

And in the closing minutes of the second half, a red card was given. Taremi beats Hennessey to a long ball forward, 40 yards from goal, and got totally wiped out. It was a denial of a clear goal-scoring opportunity.

With plenty of extra time to play for, you would be mistaken to think that this was a final match, with the way 10 Welsh men tried to hold off the Iranians in passion. But it was to no avail.

In the 98th minute, a low cross from the left wasn’t cleared properly by Joe Allen and ran to the substitute Cheshmi, 25 yards from goal. He struck a brilliant curling shot that brushed the fingertips of the diving Ward and nestled in the corner of the net.

This rattled the Welsh to the core. Wales threw everyone forward and paid the price. It was a four-on-two break, finished delightfully by the brilliant right-back Ramin Rezaeian. He drew Ward and lifted the ball slowly, teasingly, joyously over him.

Iran was definitely the better team but the Welsh would rue their missed chances. All is to play for in Group B with Iran and Wales still able to qualify.