Al Wakrah Stadium architect: Zaha Hadid would have been amazed 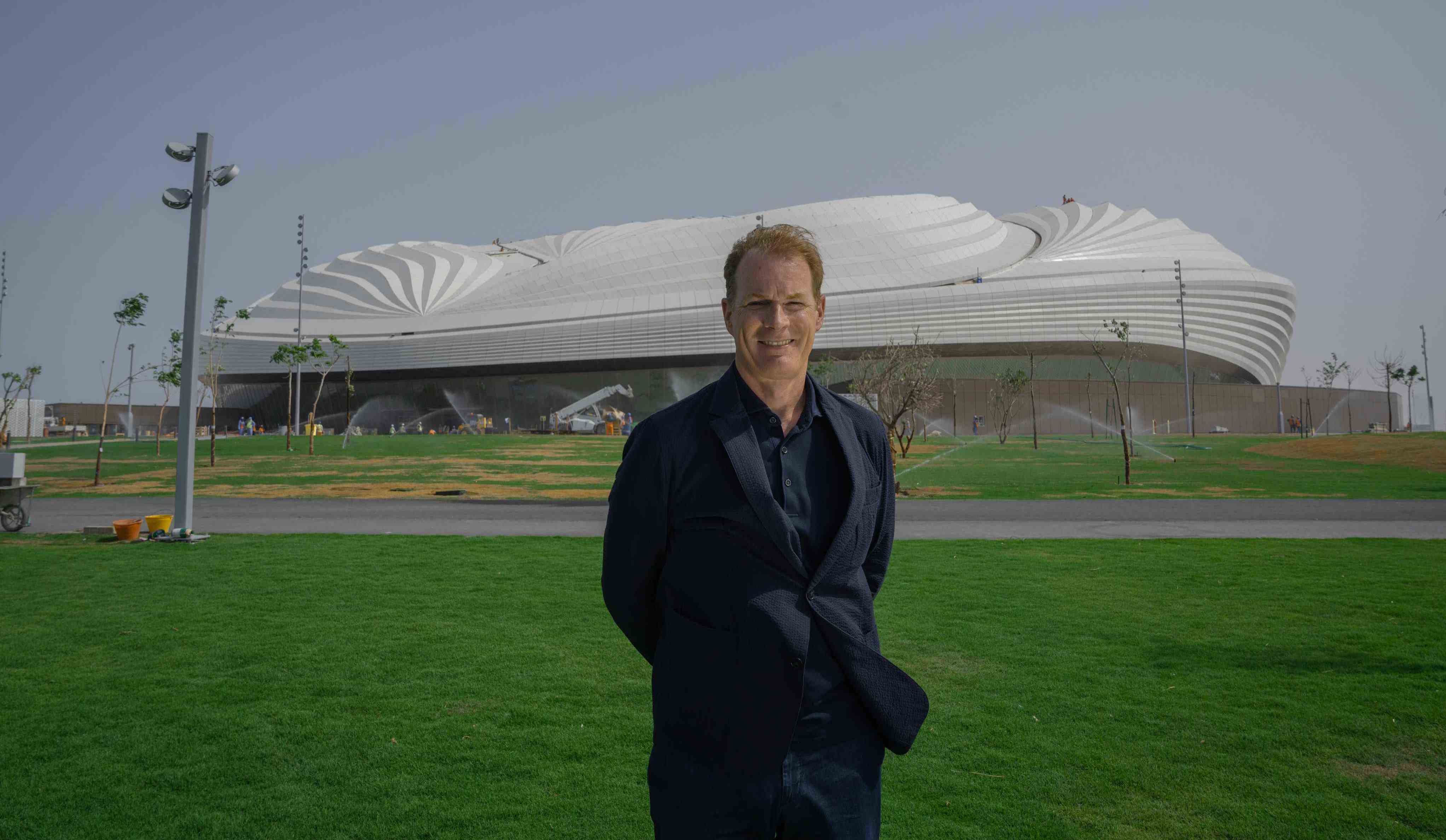 Doha, 13 May 2019 - Al Wakrah Stadium – the second tournament-ready venue for the FIFA World Cup Qatar 2022™ – was designed by the legendary architect Zaha Hadid.

The Iraqi-British icon passed away in 2016, meaning Al Wakrah Stadium was one of her final projects.

Here he discusses the inspiration for the design and speculates on how Hadid would have reacted to seeing the finished stadium.

What are your initial thoughts on the completed stadium?

I'm amazed at how literal it is to the concept we drew. You're always a little scared when you haven't seen something for a while but I can only give credit to those who have delivered it because it really looks like our original concept.

It looks amazing – I've walked all around and it's really enjoyable to see things that you thought about in the early stages. It's looking fantastic inside and out.

With the design, we were trying to achieve something that's unique and beautiful – but also something that's very functional. I think we've achieved all those things and to be part of that is something to be proud of.
What inspired you to come up with a design like this?

We always challenge ourselves to do something unique. Football stadiums, in particular, are dictated by regulation these days which means they have become a little bit generic and repetitive. We wanted to respond to the client's brief, which was to do something which resonated with Al Wakrah, so we started by looking at the dhow. We didn't want to literally blow up a dhow boat so we looked at abstracting it in order to create something dynamic and organic – something that has multiple interpretations.

The stadium is quite circular in terms of its functionality but it's not circular in terms of its appearance. It has different views from different parts of Al Wakrah – which is something we tried to achieve. I feel the design is engaging – to the point where people will like it and want to be associated with it. This project has a very civic aspect to it and the aim is for the stadium to represent Al Wakrah and become part of the iconography of what Al Wakrah is. If the stadium is adopted and well-loved, then it will be used – people will come here, not only on match days, and it will become a destination.

How important is it for new buildings to blend in to the natural landscape?

Well they can't be invisible as that would take such an effort and wouldn't be the right approach. It needs to be something that people orientate towards and recognise, something that becomes part of the civic fabric of the city. I think Al Wakrah will come to grow around it and that will only make it more successful because then you have a whole series of synergies in terms of other types of uses beside it which start to tie in with the growing city that is Al Wakrah.
What would Zaha Hadid make of the finished stadium and how proud was she of being a part of the first FIFA World Cup™ in this region?

Zaha would have loved it. She wasn't really into sport but she loved the spectacle, she loved the glamour and culturally she loved the fact that her part of the world was going to host such a massive event and be part of it. When we participated in London 2012 [by designing the Aquatics Centre], Zaha was really keen to get tickets and enjoy the experience as a spectator, and she would have been the same for football.

Zaha was always super excited whenever she went to see a building completed because she had a lot of pain in her early career with failed commissions. This being very close to her homeland – and an area and culture she never lost an affinity and closeness to – would have been really important to her.

What do you think she would have said if she was here now?

She would have complained at first! But in the end she would be very, very happy. She would have been amazed at how true it is to what we set out to achieve, how well executed it is, with the beautiful folds and beautiful lines, and all the care and attention. When you see a design as reality it is very exciting and we would have been able to judge her excitement by the fact there would have been a few criticisms before she moved on and said how much she liked it.