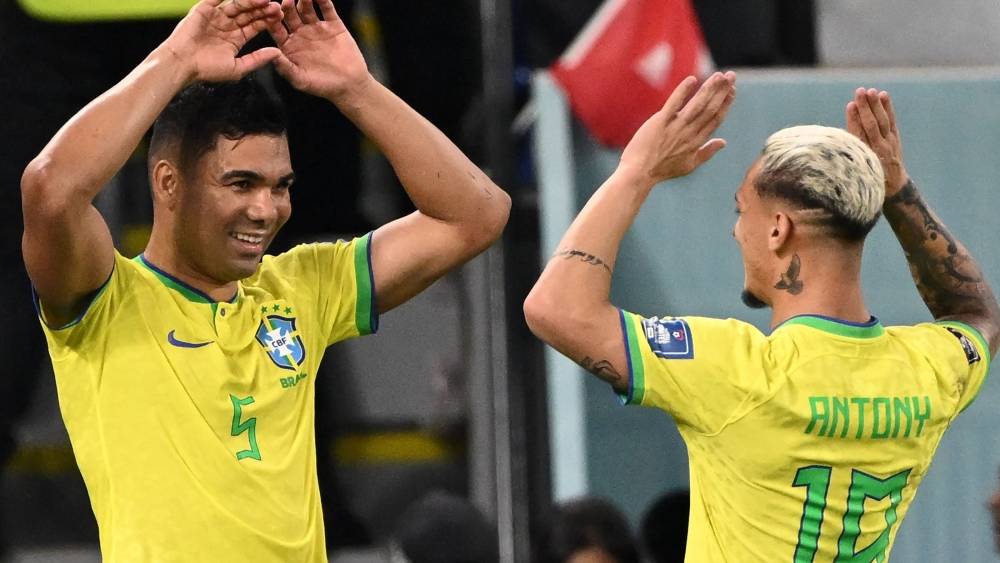 Doha, 28 November 2022 - Brazil left it late but a Casemiro goal in the 83rd minute was enough to earn a 1-0 win over Switzerland at the 2022 World Cup and send the tournament favourites into the knockout stages.
Vinicius Jr was denied a goal after 64 minutes when he slotted a neat finish beyond Yann Sommer, only for it to be ruled out by VAR for an offside in the build-up.
As the match entered the final stages, Brazil brought on fresh legs to help them get over the line and it was Casemiro’s fierce strike that made the difference with just over 10 minutes to play.
The first half began slowly as Brazil were cautious in their approach to the game, almost walking with the ball at times as they looked for a path through the Switzerland midfield.
Brazil registered their first shot on target in the 27th minute through Vinicius, their latest first shot on target in a World Cup game since 1994, which highlighted the extent of the cagey start.
Switzerland came out of the blocks quickest in the second half and lumped the pressure on Brazil, but it was Tite’s side who created the first big chance of the half.
Alisson Becker was chased down by Breel Embolo before he avoided a slip-up and triggered a Brazilian attack. Vinicius peeled down the left-hand side and delivered a world-class cross toward Richarlison driving into the goalmouth, but the Tottenham man could not quite reach it as it fizzed across the face of goal.
After Vinicius had a goal chalked off by VAR, and with the clock ticking down, Brazil finally got the better of Switzerland when an outstanding Casemiro strike gave them the lead with seven minutes to play.
Rodrygo’s flick on the edge of the box took one bounce before Casemiro met the ball with pace and power, guiding it into the top right corner with the outside of his boot and assistance from a small deflection.
Brazil face Cameroon next as they look to top the group, while Switzerland will aim to secure second spot with a win against Serbia.