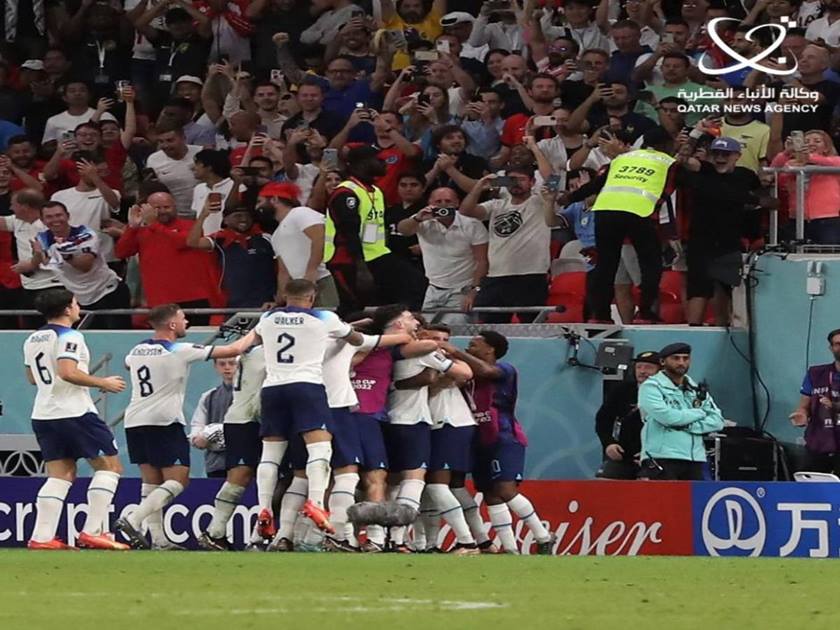 Doha, 30 November 2022 - England booked their ticket for the round of 16 to face Senegal after their 3-0 victory over Wales in their final encounter of the group stage at Ahmed bin Ali Stadium.
England tops Groups B with 7 points, while Wales tally remains at 1 point at the bottom of the group.
The Three Lions goals came by Rashford in the 50th minute, before Foden added the second goal in less than a minute, while Rashford scored the third goal in the 68th minute.
The match saw a great performance from Harry Kane who provided the assist for the three goals to become the first player to do so in a single World Cup since David Beckham in 2002 World Cup.
In the same group, USA also qualified for the last-16 after beating Iran 1-0 in the last encounter of the group stage. With this victory, the USA raised their tally to 5 points from two draws and a win to place second behind leading England. Christian Pulisic scored the only goal of the match in the 38th minute. The USA controlled the course of the first half which was interpreted into the goal. Iran tried to make their comeback in the second half, however, their attacks came with no goals. USA will meet the Netherlands, top of Group A, in the round of 16 at Khalifa International Stadium next Saturday.