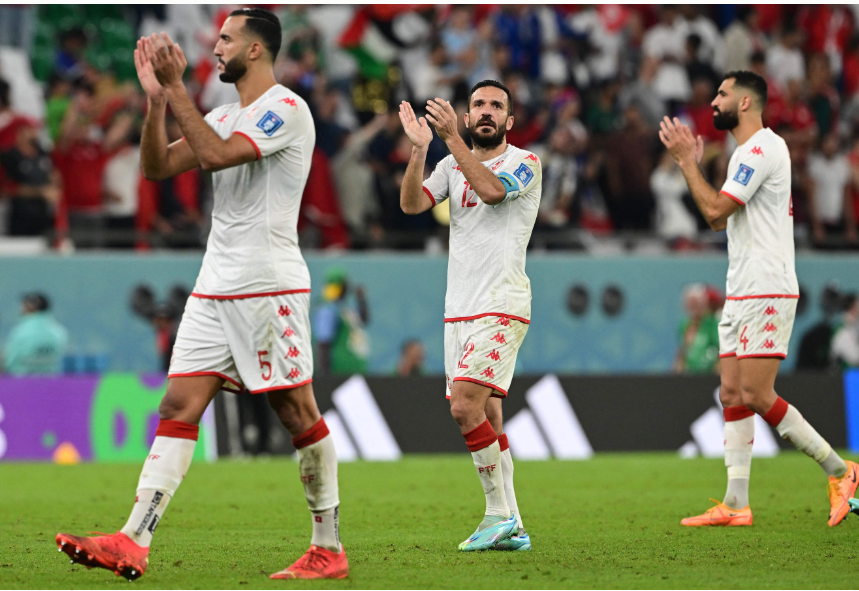 Doha, 30 November 2022 - Tunisia made history on Wednesday after a 58th goal from forward Wahbi Khazri gave the North Africans a 1-0 victory over reigning champions France at Education City Stadium.
In a high-octane game in its early exchanges, Tunisia's Nader Ghandri netted in the 8th minute, but it was chalked off as off-side after consulting the VAR.
The title holders remained in defense until Didier Deschamps called off Youssouf Fofana and Kingsley Coman to give way for Kylian Mbappe and Griezmann. The substitutions improved the French performance in the attacking third.
In minute 90+8, Griezmann levelled it for France, but the VAR refused.
Despite their overwhelming performance, Tunisians are eliminated from World Cup after finishing third in the group standings with four points.
France qualified to the second round with six points ahead of Australia, who defeated Denmark 1-0 at Al Janoub Stadium, on goal difference. This is Australia's second progression to the round of 16 in the World Cup history after since Germany 2006.