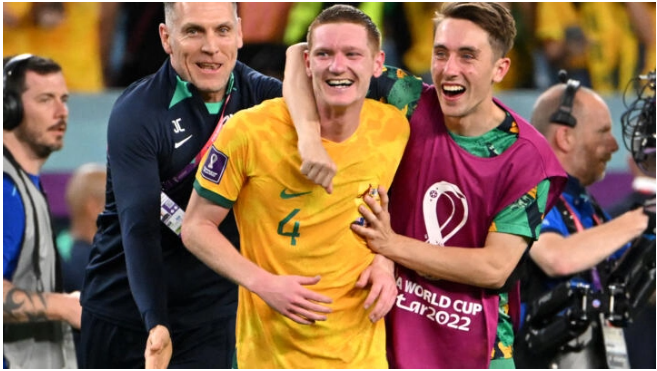 Doha, 30 November 2022 - Australia reached the last-16 along with France in the FIFA World Cup Qatar 2022 following a Wednesday's 1-0 victory over Denmark in the Group D's final fixture at Al Janoub Stadium.
Mathew Leckie scored for Australia in the 60th minute to send his side through to the knockouts for the second time in their history since the 2006 edition in Germany.
This victory raised Australia's tally to six points to finish second behind France who led the group despite a 0-1 defeat from Tunisia.
Tunisia finished third with four points, and Denmark came last with a single point.