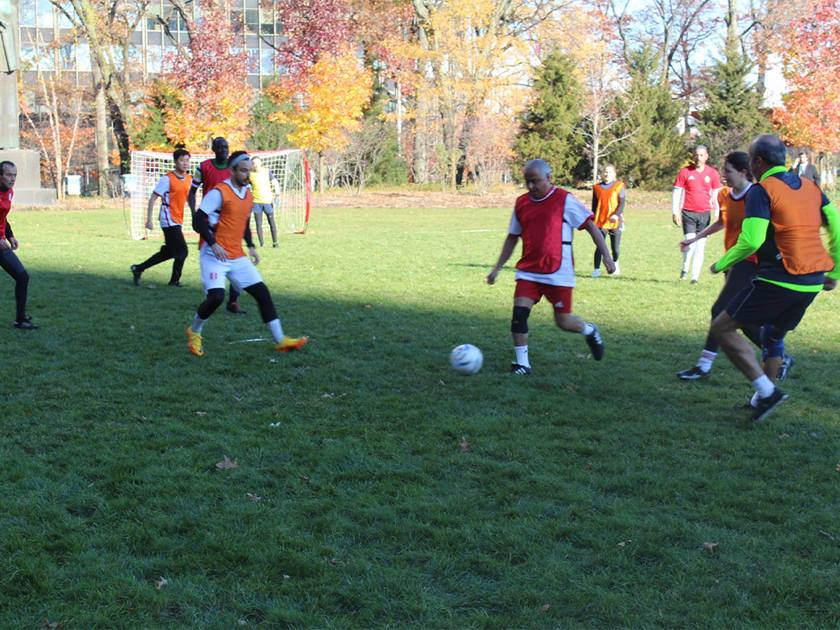 Doha, 6 December 2022 - The Permanent Representative of Qatar to the United Nations in cooperation with the permanent delegate of the Principality of Monaco, held friendly football matches in the North Lawn of the United Nations Headquarters in New York, in celebration of the FIFA World Cup Qatar 2022.
The joint organization of this event between the delegations of the State of Qatar and the Principality of Monaco, which is being held for the first time in the history of the United Nations, comes due to their co-chairing of the Group of Friends of Sport concerned with sport and sustainable development.
The event was attended by a large number of permanent representatives of Member States, heads of accredited diplomatic missions, and United Nations staff.
HE the Permanent Representative of the State of Qatar to the United Nations Sheikha Alya Ahmed bin Saif Al-Thani inaugurated the matches in which four teams participated, representing the European and African group, the Asia and the Pacific group and the Americas and the Caribbean group.
The Asia-Pacific Group team won the championship and was honored with the trophy presented by HE Sheikha Alya Ahmed bin Saif Al-Thani, while the other three teams received souvenirs related to the FIFA World Cup Qatar 2022.