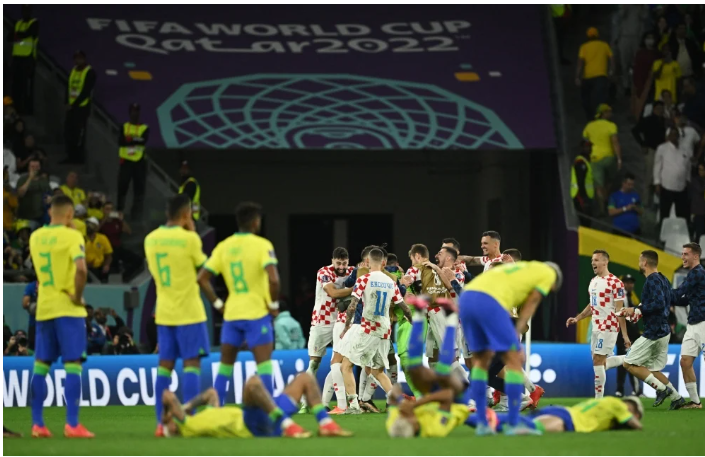 Doha, 9 December 2022 - Croatia stunned favourites Brazil to reach the World Cup semi-finals on Friday, winning 4-2 on penalties after a nailbiting last-eight tie finished 1-1 at the end of extra time.

Marquinhos missed the crucial spot-kick in the shoot-out, hitting the post when he had to score to keep Brazil in it after Rodrygo’s earlier attempt had been saved by goal keeper Dominik Livakovic and Croatia converted all four penalties.

It was a remarkable turnaround after Brazil had looked set for victory when Neymar opened the scoring with a wonderful strike midway through extra time that allowed him to equal Pele’s Brazilian record of 77 international goals.