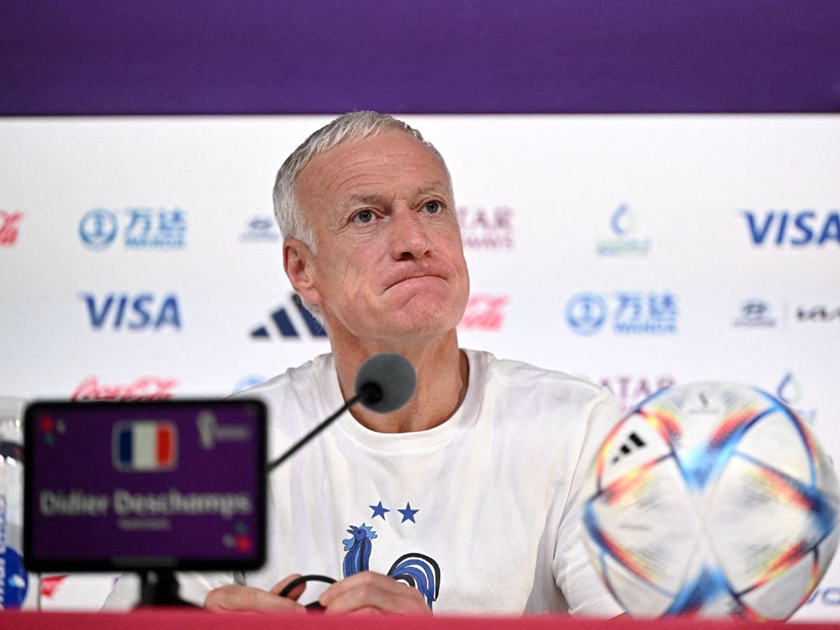 Doha, 9 December 2022 - The French national football team has been successful in its campaign to defend its title, seeking to continue doing so by carrying on with its series of positive results, to reach the semi-finals of the FIFA World Cup Qatar 2022, after facing its English counterpart tomorrow at Al Bayt Stadium in the quarterfinals of the World Cup.
On its way to the quarterfinals, the French squad topped Group D in the group stage with 6 points, after defeating Australia with a score of (4-1) in the first match, then beating Denmark (2-1) in the second match, before losing in the third match against Tunisia, by a goal to null. However, the squad picked up its strong performance in the round of 16, defeating Poland (3-1).
France seeks to become the first country to win the tournament twice in a row, in keeping up with the Brazilian precedence of 1958 and 1962. To reach this objective, France will rely on its star Kylian Mbappe, one of the most prominent players in the tournament so far, having scored 5 goals in four matches, including two goals in the match against Poland. Additionally, Mbappe also contributed to creating opportunities for his colleagues. For his part, striker Olivier Giroud scored three goals so far in this World Cup edition, placing himself at the top of the French national teams historical scorers.
Tomorrow's confrontation will be tough and exciting, being between two European teams who both won the World Cup before.
Historically, France and England met in 31 official and friendly matches, with England achieving victory in 17 matches, compared to 9 wins for France, and 5 draws.
As for meeting on the World Cup level, the two only met twice, in the 1966 edition where England won 2-0, only to repeat their victory over France in the 1982 World Cup, with a score of (3-1).
The English squad scored 71 goals against France, compared to 39 goals for the French national team. As for the biggest victory in the history of confrontations between both teams, that, went to England who scored (6-0) in a friendly match in 1927. During the last 10 confrontations, however, the French squad won 5 of them, against only two victories for the English, whilst 3 matches ended in a draw.
The national football team of England is looking forward to continue its historic victories over its French counterpart in tomorrows match, qualifying for the World Cup semi-finals.
Englands results in the FIFA World Cup Qatar 2022 have been positive, as it topped Group B standings with 7 points in three matches, as it beat Iran (6-2), drew with the United States with no goals, to then win over Wales 3-0. Later, in the round of 16, England defeated Senegal 3-0, advancing to the quarterfinals.
Eight players among the ranks of the English squad scored so far in the FIFA World Cup Qatar 2022. The English scored 12 goals, the best score for the team on the World Cup level, which it achieved in the 2018 edition, during which it played three matches more than the current edition so far.
Harry Kane, the top scorer of the 2018 edition, scored a single goal during the FIFA World Cup Qatar 2022 edition, yet he served as a dangerous opportunity maker for his teammates, having contributed significantly to his teams victory over Senegal in the round of 16.
As for Jude Bellingham, he proved to be an influential force in the midfield. Also, the presence of prominent players from the English Premier League on the bench, such as Marcus Rashford, Jack Grealish and Raheem Sterling, gives the team new blood and poses various challenges to the opponents' defense.
The England national team is still searching for the second title in the World Cup, since its coronation in 1966, for the first time.
The English squad has finished fourth on two occasions, in 1990 in Italy and 2018 in Russia, the last edition.