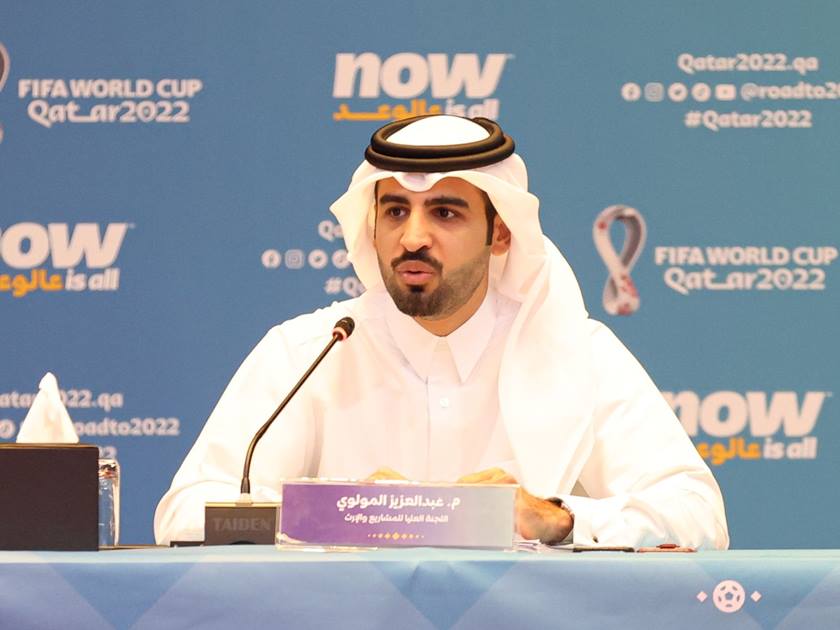 The Supreme Committee for Delivery & Legacy (SC) and countrywide partners have worked closely over recent years to organise seamless transport options during the tournament, which got underway on 20 November. Key lessons learned from previous events, including the FIFA Club World Cup™ and FIFA Arab Cup™, helped the SC create a bespoke plan for the FIFA World Cup, which included four matches a day from 21 November to 2 December.

International fans were encouraged to use the Doha Metro and shuttle bus services to attend matches and visit entertainment sites, while local residents were advised to drive. The result has been near-seamless operations, with fans and media praising the ease of getting around the country.

Eng. Abdulaziz Al Mawlawi, Mobility Executive Director, SC, said: “Four matches a day was a huge challenge and took years of preparation. We worked closely with the Ministry of Transport, Ministry of Interior Traffic Department, Qatar Rail, Ashghal, Mowasalat and ride share apps, along with both airports, to develop our plans, which included launching a Transport Management Centre to manage traffic and ensure a seamless experience on match days.

“We are very pleased to receive positive feedback about transport operations and the last-mile journey, especially from fans who have flown to Qatar from all over the world. We are also really pleased that so many fans have been able to attend more than one match a day – which has been one of the unique features of this World Cup.”

Al Mawlawi said clear wayfinding and regular communications form a key part of the project, which will continue until all the visiting fans have departed Qatar.

“We developed a vast number of posters and wayfinding signs, from the point of arrival in Qatar, all the way to the stadiums, fan zones and accommodation sites. We tried to make sure everything is very clear,” said Al Mawlawi.

“We also developed a huge number of online resources, including a section on the host country website about transport, along with a dedicated Twitter account to ensure the information fans, teams and officials needed was easily accessible.”

Al Mawlawi said: “All eight stadiums and other tournament venues were carefully planned in terms of transport infrastructure. The planning and preparation were exceptional – and we are seeing all our hard work pay off now. The plans and execution also mean we are prepared to host future events on the same scale.”

Al Mawlawi signed off by praising all stakeholders involved in the transportation operation.

“Transport logistics involve everyone – from fans, to players and local residents. It forms a key part of the overall success of any tournament. We are very pleased to have played an important role in the outstanding fan experience and look forward to completing our operations between now and the final on 18 December. It has been a pleasure to work closely with stakeholders across Qatar and we thank them for their unwavering support and commitment over recent years.”