‘The people of Al Wakrah are joyous’ 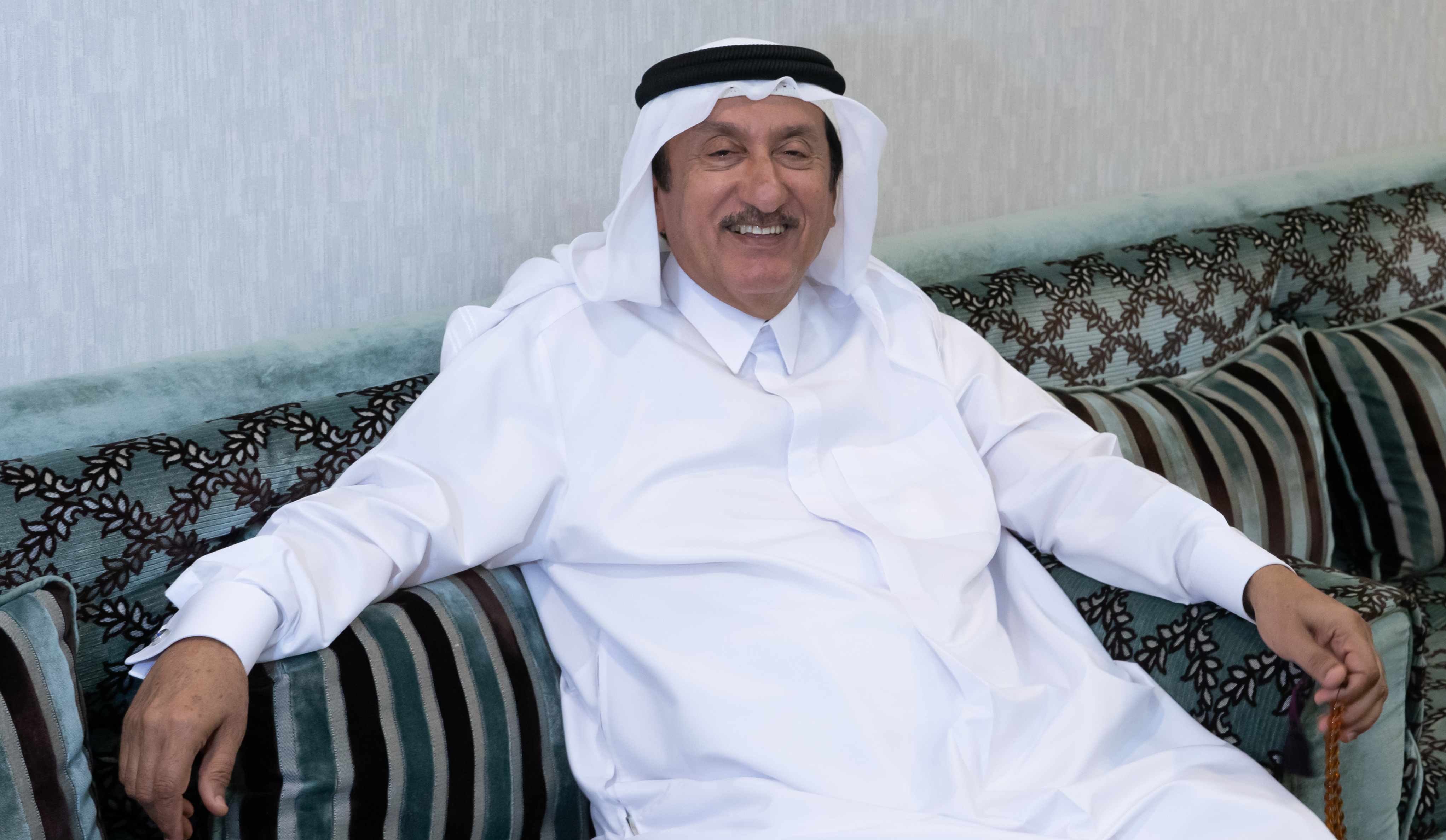 Doha, 15 May 2019 - Ali Yousef, affectionately known in the local area as ‘Mr Al Wakrah’, has been associated with the neighbourhood and its local football team across six decades. In an exclusive interview ahead of the Amir Cup final taking place at Al Wakrah Stadium on 16 May, he spoke of his pride, excitement and aspirations for the future of his city.

You have a long history with Al Wakrah Sports Club, can you begin by describing your memories from the early days and how it compares with today?

When I first started with Al Wakrah Sports Club, I was a reserve team player. Then I shifted into the management and administration side of things. During that time, I held a number of positions at the club – most notably as the club’s secretary general for a long period of time. I grew with the club. I remember the days when the club was run from old villas and mud houses, and how we used to clear rocks and stones to make the pitches suitable for players to play on.

To think back to those days and look where we are today, it’s almost unbelievable. Today, Al Wakrah has superb facilities – not just for football, but also athletics, volleyball, basketball, handball and even table tennis.

Al Wakrah will become a prominent city and a prominent part of Qatar 2022. How much does it mean to the city that in three-and-half years’ time the whole world will be watching?

The people of Al Wakrah are joyous – the excitement is unmistakable. This is the global sporting event that every country in the world dreams of hosting. Our wise leaders hit the bullseye when they placed every effort in bidding towards the opportunity to host the World Cup in 2022. This is an accomplishment that we as Qataris wholeheartedly take pride in.

And what does hosting the FIFA World Cup™ mean for the wider Arab world?

As our Amir, His Highness Sheikh Tamim bin Hamad Al Thani, said: "This is a World Cup for the Arab world".

His words are immortal. His words should be noted down in history, and should be engraved. We take these words as a cradle to live by.

We welcome everyone, our friends and brothers from across the world. Qatar is a home to all. The World Cup on Al Wakrah's turf – it's fantastic.

Can you remember your emotions when Qatar won the bid to host the FIFA World Cup™ in 2022 and what are your hopes for the tournament?

I can’t begin to explain the happiness we felt as a nation. I have witnessed the World Cup closely in various countries and this is an occasion everyone wants to be part of. Qatar has provided all that is necessary to fulfill the successful delivery of this mega-sporting event. Qatar is bringing a new meaning to this football event and changing the face of this globally-loved sport.

This is something that Qatar has always aspired to do. This was also witnessed when we hosted the fourth Gulf Cup – that was an event that many continue to talk positively about today, from a managerial, planning, technical and artistic perspective, audience management, and media presence and coverage.

Qatar has strained no effort in building the exquisite stadiums from the ground up. I have no doubt that Qatar will host a successful tournament in 2022.

And those watching through their screens will also be able to witness the magnitude of the preparations. Not to boast, but those that host the next World Cup will have big shoes to fill.

Do you remember where you were at the time of the announcement? Were you with your family and friends?

I was at home with the family and tears of joy streamed from our eyes. We? Qatar? A state of our size and our population; but with perseverance, great heart and wisdom – we were able to beat a number of leading nations in earning the opportunity to host the World Cup. It was a very happy moment for all members of my family and for all those watching the celebrations.

On 16 May, the new Al Wakrah Stadium will host the Amir Cup final. Can you predict how you will feel?

I’m certain I will feel great pride and joy. This is the real launch and the real face of what Qatar has promised to deliver, with global standards and features, such as the cooling technology, allowing the country to host any sporting event - or any event for that matter - at any time of year.

I believe the mini World Cup - the Amir Cup final - will witness this event and know that Qatar has all that it takes to host the FIFA World Cup. The one that Qatar promised. The promise we, as a nation, are now delivering on.