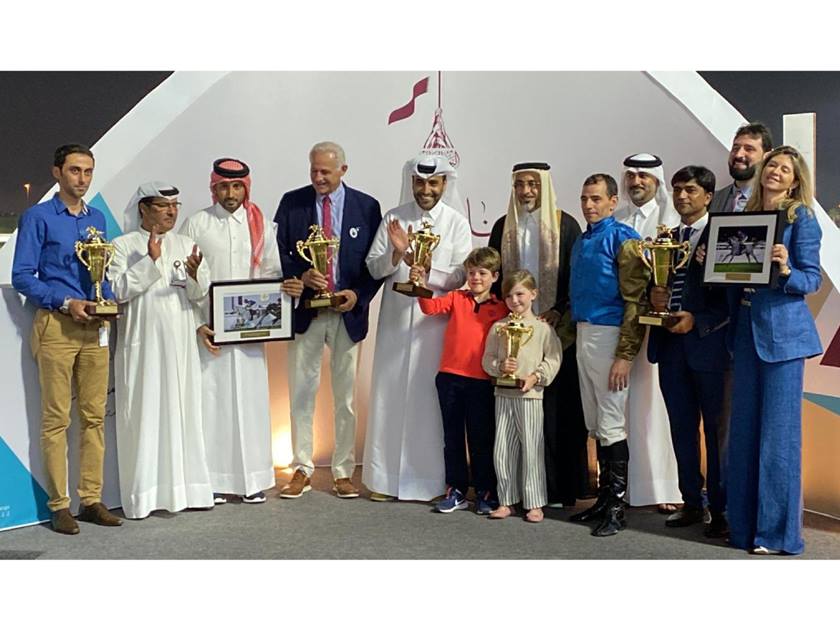 Doha, 17 December 2022 - HE Minister of Sports and Youth Salah bin Ghanem Al Ali crowned the winners of the ninth and tenth runs of the 20th race meeting, organized by the Racing and Equestrian Club on turf racetrack in Al Rayyan on the occasion of Qatar National Day.

He said in remarks after the awards ceremony that spectators' presence was strong and the competition was fierce. lauding Wathnan Racing for winning the trophies of the two main events of the day.