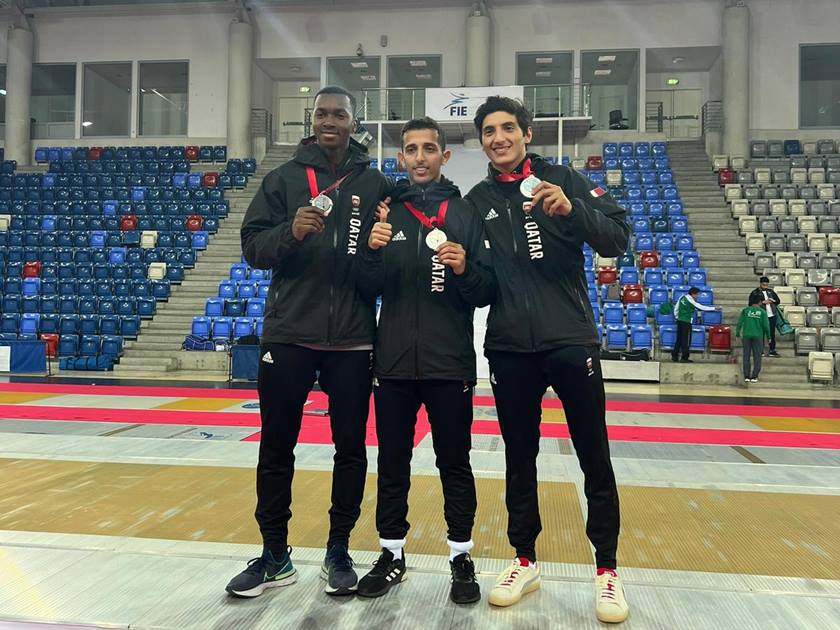 Manama, 20 January 2023 - The Qatari fencing team won the silver medal in foil at the end of the Arab Fencing Championship which is hosted by Bahrain for four days with the participation of eight countries.
The Qatari team consisting of the players: Ali Turki Oweida, Abdullah Ismail Khalifa, and Khaled Aref Hussein, won the silver medal today after losing to the Egyptian team with a score of (33-45) in the final match which is the second medal for Qatar in the championship.
Eight Qatari athletes took part in the Championship. The Qatari mission is headed by the Assistant Secretary of Qatar Fencing Federation Fahd Al Mulla, and includes 3 coaches.