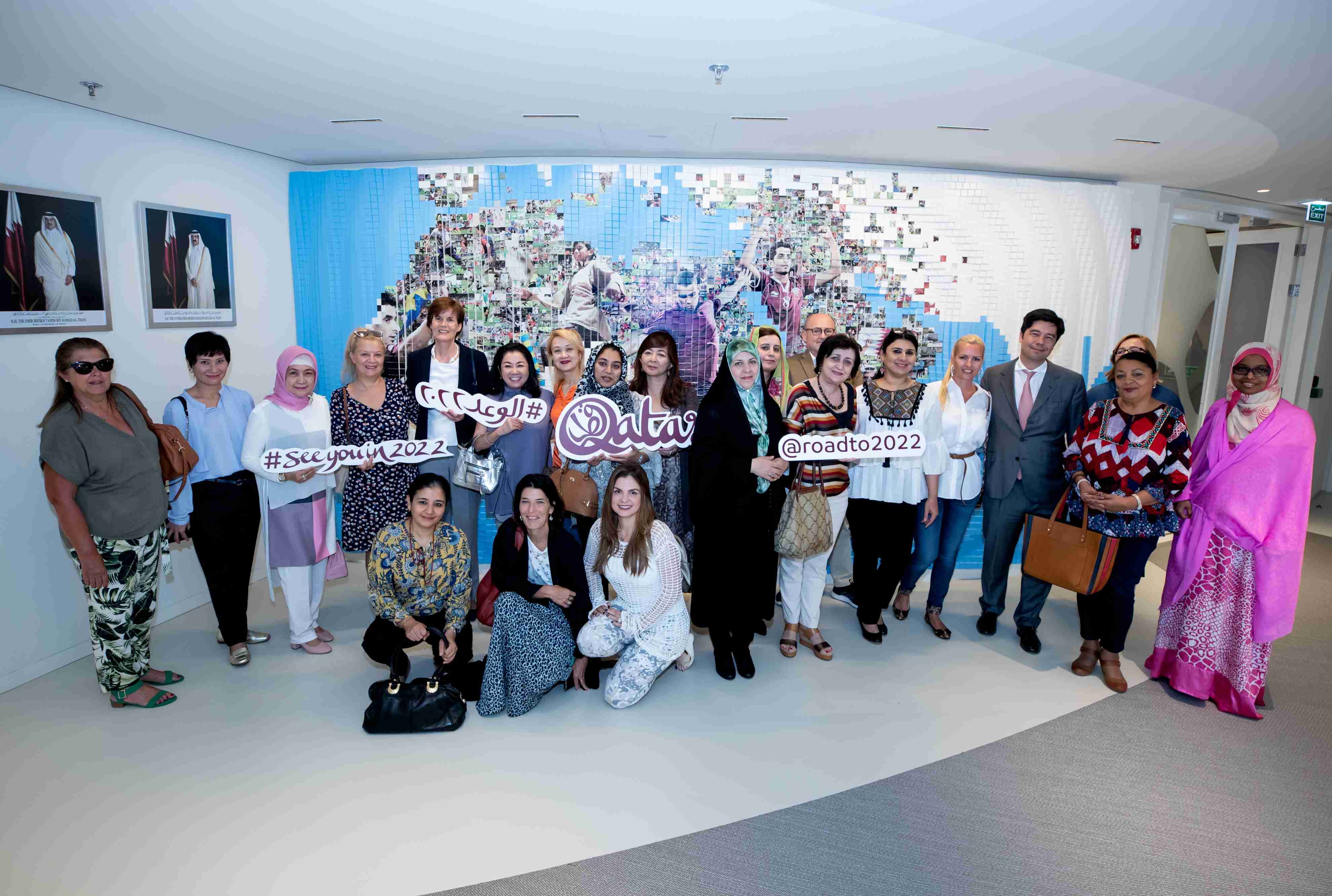 SOHOM members took a tour of the SC’s Legacy Pavilion at Al Bidda Tower, which includes details of Qatar’s bid journey, the country’s football history, the eight stadiums being developed for the event and details of tournament legacy programmes, including Generation Amazing, Workers’ Welfare and the Josoor Institute. The visit was organised by the SC’s International Relations team, as part of its embassy outreach programme.

SOHOM leader Lilian Muzel, the wife of the German Ambassador to Qatar, Hans-Udo Muzel, said it was important for members to keep up-to-date with Qatar’s preparations for the tournament.

“I think the plans for the World Cup are fantastic, especially the vision for the legacy,” said Muzel. “This event is changing Qatar and boosting investment and industry. I think it’s very positive.”

Muzel added: “We were all very interested to see the development of the stadiums and other infrastructure. We also found out about the sustainability and cooling systems, plus what will happen to the stadiums after the tournament. We learned a lot.

“It’s important we know the latest information as we are all involved in the social part of our embassies and people are always interested to know more about the World Cup.”

Muzel said a particular area of interest was workers’ welfare, which continues to be a priority for the SC.

“I think it’s great that Qatar is doing so many good things in this area,” said Muzel. “Qatar is doing something positive for the region – and the world. People in Europe are very interested in workers’ welfare and clearly the workers are being treated better.”

And when it comes to the tournament itself, Muzel is hoping that both her home nation and adopted country perform well in 2022.

“For the German team, let’s keep our fingers crossed because at the moment they’re not so great. I always want the best team to win at any tournament, but I’m hopeful for Germany, and of course for Qatar.”