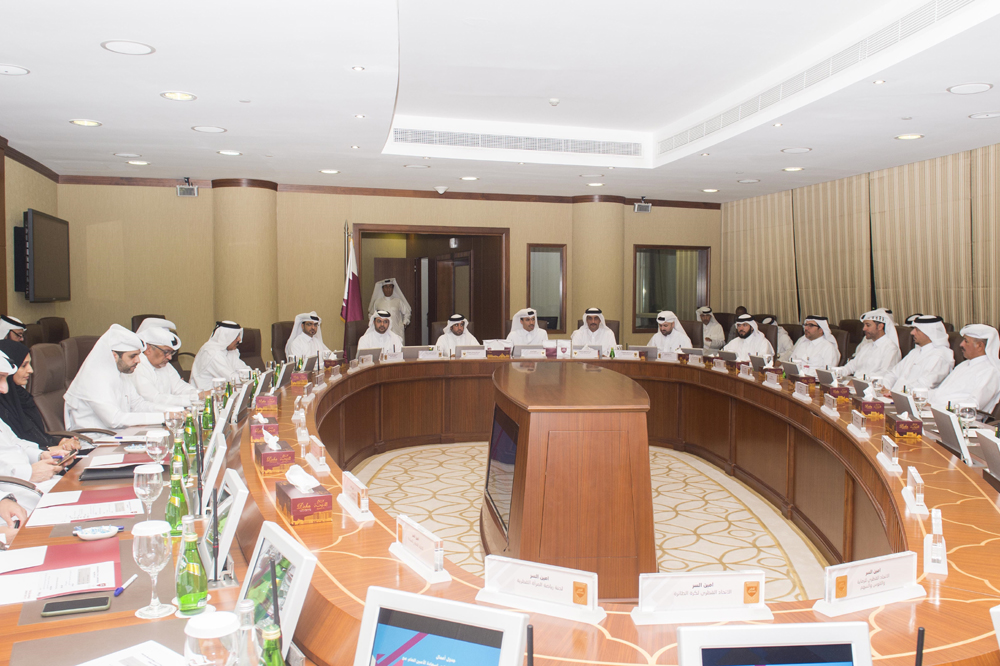 Doha, 4 July 2019 - The Qatar Olympic Committee (QOC) hosted its first meeting for 2019 of the QOC Secretary General with the secretaries-general of national sport federations and committees at its Headquarters on Wednesday.

The meeting was also attended by directors of the QOC Departments.

HE the QOC Secretary General Jassim Al Buenain thanked the federations' boards and secretaries-general and appreciated their faithful efforts and cooperation to meet our goals as per QOC's plans and strategies.

During this fruitful meeting, participants reviewed team Qatar's participation in the previous and the upcoming combined games and highlighted the plans of national teams for upcoming championships including 2020 Olympic Games in Tokyo, Japan.